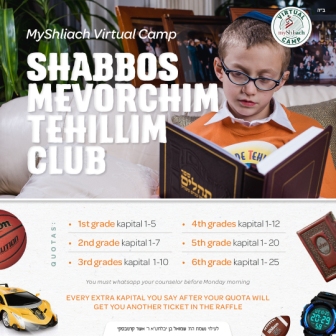 Joyous singing filled the air at the camp Shabbos Mevorchim farbrengen. But this was no regular farbrengen, and no regular camp! Just one week ago on thursday night, over 300 Yaldei Hashluchim campers gathered online for a group Fabrengen at MyShliach’s Virtual Camp. With guest speakers, entertainers, songs and niggunim, every camper left feeling inspired and rejuvenated.

Sounds like something you would only hear in a sleep away camp, but at MyShliach Virtual Camp there is no such thing as “NOT possible”!

A special Tehillim program was introduced at the event, where the Yaldei Hashluchim learned about new monthly raffles rewarding the Tehillim they would recite on Shabbos Mevorchim.

This week MyShliach Virtual Camp launched a one of a kind program, the MyShliach Partner Project. This new program pairs Yaldei Hashluchim together, and have them create a joint project based on material they’ve learned from camp that week. The partners will collaborate together and each create half the project from their home. The best joint projects will receive incredible prizes, including bikes, drone cameras, and leather chitasim. The judging will be based on the creativity, comradery, and toichen of each project.

MyShliach’s Virtual Camp just wrapped up its third week, but the excitement, learning, and experiences are making memories to last a lifetime.

MyShliach is a project of Merkos 302 and created with the wellbeing of Shluchim’s children worldwide. 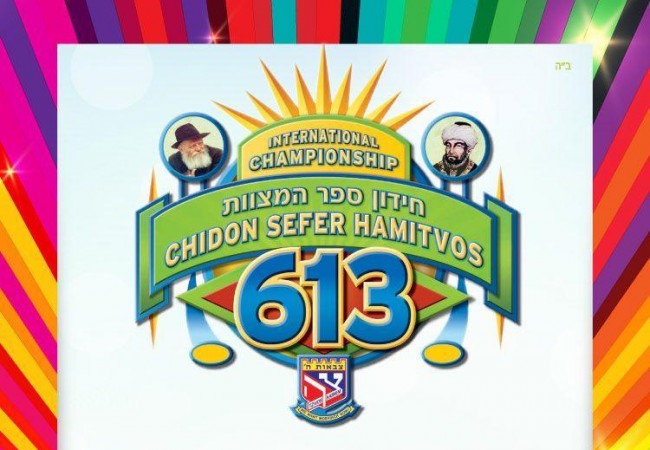 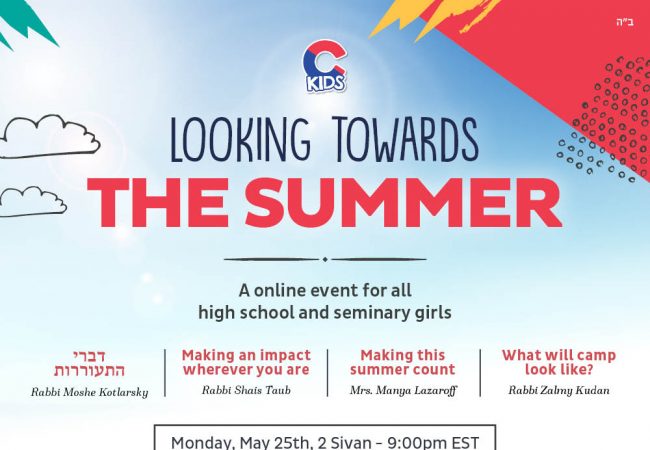 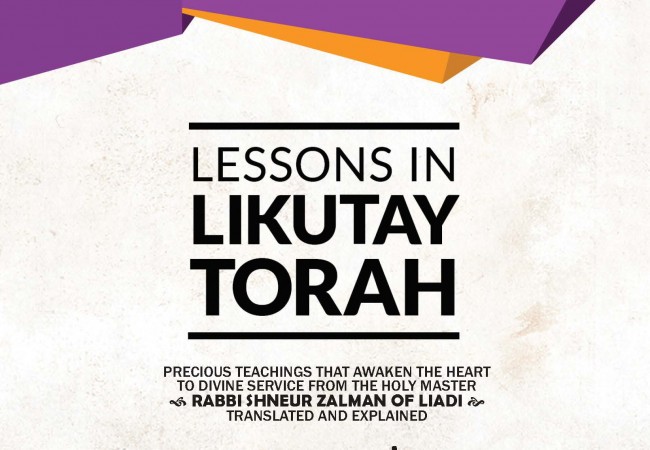