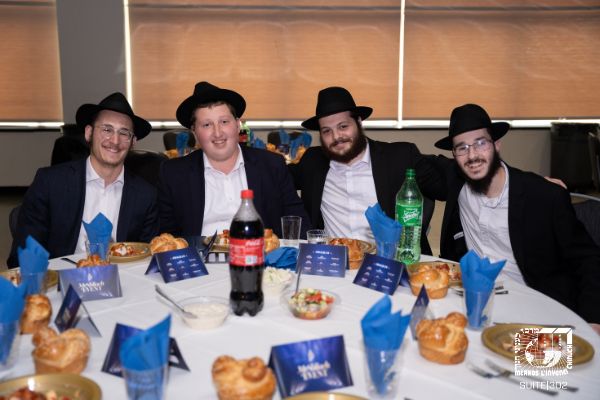 A lavish dinner marking 15 years of MyShliach honored the volunteers of its flagship chavrusa program.

As Mendel Lebovics stood on the dais at the appreciation event for the MyShliach chavrusa program on Sunday evening, his story came full circle.

Young Mendel was 10 years old when he joined MyShliach, hearing about the program from a camp friend. Growing up as he did on Shlichus in Inverrary, FL with few friends and almost no Chassidishe role models, he was delighted at the opportunity to converse and learn with an older Bochur every week. Tuesday nights became the highlight of his week; a time to laugh, learn, and grow. “I would wait by the phone for Mendy to call me, not because I was desperate to learn, but simply because I relished the friendship I had with this older Bochur,” Mendel recalled.

When he came of age, Mendel volunteered to be a “big brother” to Levi Schmerling from Venice, FL, knowing well the benefit of this relationship. They learned and schmoozed every week, and-over a period of four years- progressed from learning basic sichos to preparing for Levi’s Bar Mitzvah, which Mendel attended.

Mendel spoke about how his experience led him to run this past year’s chavrusa program. Once a young Shliach benefiting from this incredible program, he now had a chance to facilitate it.

The MyShliach Ach Sheli Program pairs young Shluchim from all over the world with older bochurim to learn with every week by phone. The program currently has 420 Yaldei Hashluchim in the boys and girls programs around the world who are paired with a chavrusa. An appreciation event is held annually to celebrate the tireless energy the Bochurim invest in their pupils and the impact it has on the worldwide family of Shluchim.

The event, emceed by MyShliach Program Director Rabbi Shaya Itkin, showcased the evolution of MyShliach with a special video presentation, beginning  15 years ago with its flagship mentorship program that has now expanded to provide a plethora of programs that are a backbone of resources for the Chinuch of young Shluchim. Some of the many MyShliach initiatives highlighted were the Shabbos Tzuzamen Shabbatons, which gather together young children with their neighboring fellow Shluchim for a Shabbos of fun and inspiration, led by Bochurim from New York. The MBP program encourages young Shluchim to chazer Mishnayos and Tanya Baal Peh to earn points that they can redeem for prizes in a special online store. The Chassidus Club program is a weekly two-hour class every Sunday where the children gather to learn about upcoming Yemei D’Pagra, Niggunim, Chassidishe personalities and stories, as well as play a game together.

“I value the opportunity to transmit the Chinuch that I was lucky to receive to the next generation of Shluchim,” said Matti Weingarten, a Bochur who has learned with a young Californian Shliach the past two years.

The Bochurim volunteers heard from Mendel Creeger, a young Shliach from Cincinnati, who described how his life on Shlichus was impacted by the program.

The Bochurim were treated to a gourmet dinner and a special MyShliach carry-on bag in appreciation of their hard work. Keynote speaker Rabbi Shais Taub addressed the crowd about the great privilege and responsibility the volunteers have in molding future generations of the Rebbe’s shluchim. MyShliach Director Rabbi Mendy Shanowitz encouraged the assembled to cultivate and maintain the relationships built through the program.

Rabbi Mendy Kotlarsky, Director of Merkos Suite 302 extolled the work of the devoted volunteers. “Grateful parents constantly reach out to me and describe the impact MyShliach makes on their children. Many of these children do not attend Chassidishe schools and rely heavily on this program to supplement their Chinuch, and bring Chassidishe warmth and lebidikeit into their lives ” Kotlarsky said.

The evening was a beautiful celebration  of gratitude in tribute to the loyal devotion of these bochurim who give of themselves wholeheartedly to their “little brothers”. The Bochurim felt inspired and encouraged to continue this holy work, which is making a difference in the lives of the Rebbe’s youngest soldiers. 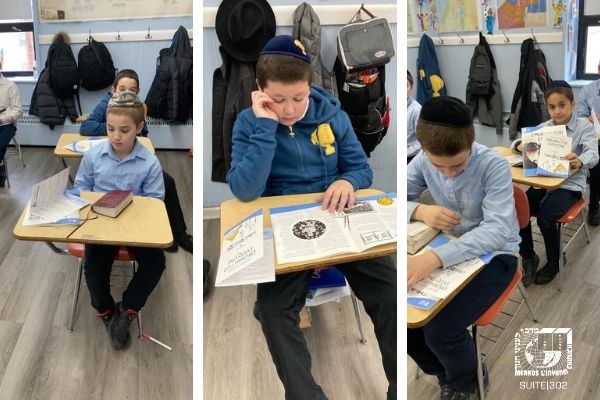 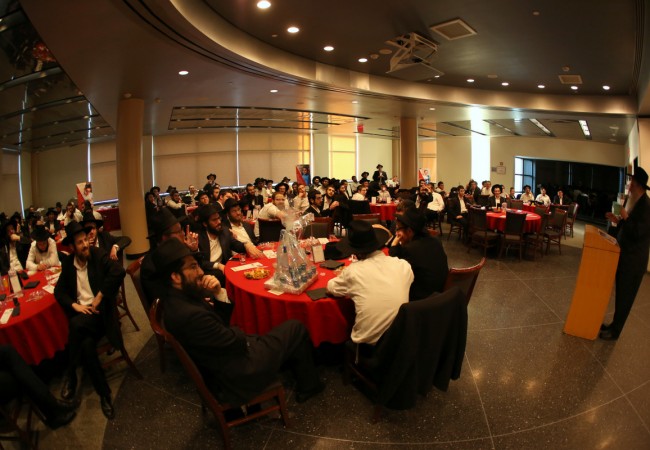