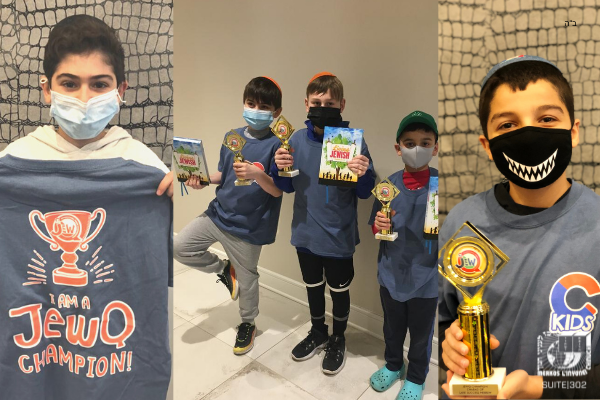 Last year’s finalists, whose Shabbaton was canceled due to Covid, were surprised with an invitation to this year’s Shabbaton.

What’s that sound you hear? That excited hum reverberating across the country?

Yes, It’s the delighted shouts of Ckids around the world, of course! The hundreds of boys and girls who just found out that the CKids Shabbaton will be returning this year!

Why is there such a commotion this time? Well, in unprecedented steps, the grand CKids Shabbaton for 5781 will include not just the current JewQ contestants but also JewQ champions from last year as well.

While the 5780/2020 JewQ game show still managed to go ahead virtually due to the heroic, last-minute efforts of the dedicated CKids staff, the outbreak of the pandemic threw the Shabbaton plans into disarray. The disappointment was palpable as tens of kids who were eagerly looking forward to an exciting Jewish experience in Crown Heights were left saddened. “Ethan couldn’t wait to spend a Shabbat together with his new-found friends from JewQ,” wrote a Houston-based mother, “he’s super disappointed right now, but I reminded him there’s always next year.” “My daughter Sofia and her friend studied so hard to make it to the championships,” echoed Sofia’s Mom from Portland, Oregon. “They really wanted that Shabbat to happen, but thanks anyway for all the hard work during these trying times!”

The testimonials emailed by parents to the Ckids office, while heartwarming, convinced the team that something had to be done to rectify the situation. In the true spirit of the Frierdiker Rebbe’s, “Iz Nisht Kain Farfalen,” they decided that this year’s Shabbaton would be a second chance for those who unfortunately missed out on last year’s event. The Mega Shabbaton will feature both the champions of 5780 and 5781. as well as ranked members of the CKids Tzivos Hashem division. Together with their parents, siblings, and Shluchim, all three groups will be going to the Bushkill Inn, Pennsylvania, for the CKids Shabbaton. “We knew how meaningful a true Shabbos experience is for these families, and we just couldn’t bear the thought of any one of them missing out on this opportunity through no fault of their own,” said Rabbi Mendy Kotlarsky, Executive Director of Merkos Suite 302. As for the logistical nightmare of combining two years’ worth of groups into one, “Well, it will all be worth it,” mused Rabbi Zalmy Loewenthal, head of CKids International, with a wry smile. “I’ll be up late for a few nights, but the smiles will make me glad we pushed through for these Jewish children’s sake.”

The Shabbos away, which will begin on Friday, June 4th (24th Sivan), will conclude with the annual JewQ International Torah Championship on Sunday 26th of Sivan. The game show will be live-streamed for all those who cannot be present at the Bushkill resort. After the show and conclusion of an uplifting weekend, the CKids will return home to their friends and communities to share all the excitement and knowledge they gained over such a wonderful Shabbaton! 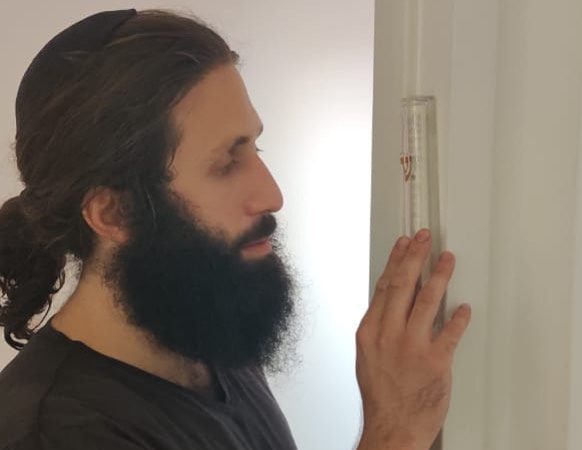 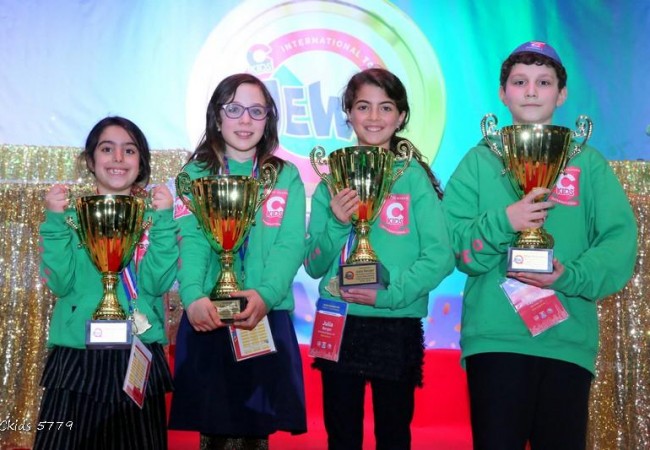 The Hebrew School Championship Everyone is Talking About
https://www.youtube.com/watch?v=Ph6GzoiE-rk Announcing the second annual JewQ competition “My daughter came…