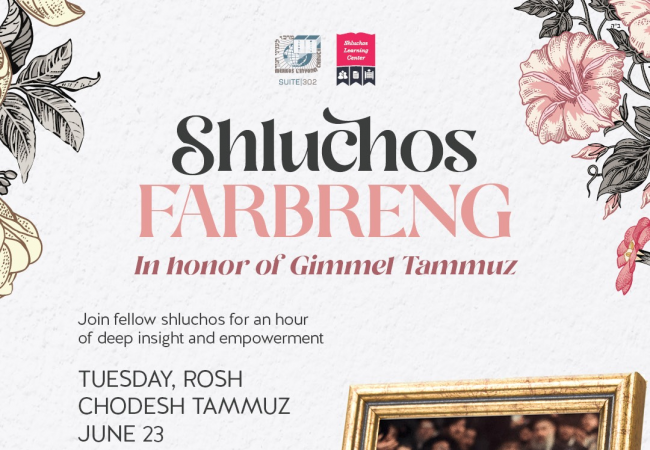 On Tuesday night, in any time zone, you can tune in to a special Gimmel Tammuz online farbrengen for shluchos.

With so many shluchos unable to travel to the Ohel for Gimmel Tammuz or attend in-person farbrengens, An international  team of Shluchos, led by Mrs. Dinie Rapoport in conjunction with the Shluchos Learning Center, a division of Merkos Suite 302, has put together a full day of farbrengens for women–seven online farbrengens for seven different time zones in three languages.

The first farbrengen was at 9:00pm Australian time (7:00am EDT), where, among other speakers, Mrs. Nechama Dina Moss of Sydney taught the ma’amer of Ve’atah Teztaveh and Mrs. Rochel Gordon of Tasmania spoke of her personal reflections.

When nightfall hit Beijing, 70 shluchos were inspired by the personal story of Mrs. Avigayil Luzon, a shlucha in Pushan, China, on the Hebrew-language farbrengen for women in Asia. “You never know the effects of your actions,” said Luzon. She told of her miraculous birth due to a bracha from the Rebbe, and how she and her husband, not Lubavitchers from birth, were inspired by shluchim to become shluchim themselves.

Over 200 Israeli, Russian and Ukrainian shluchos were inspired Mrs. Dina Deutch of Samara, Russia and Mrs. Racheli Gvirtz of Ein Haemek, Israel among others. “Moshiach is coming soon,” reminded Deutch, “and we’ll regret any opportunities we did not take. So let’s not let any opportunity slip past.” She shared stories of the Rebbe and expounded on the lessons that can be learned from them.

“It was so nice to be able to get together with other shluchos in preparation for Gimmel Tammuz,” says Mrs. Mushki Bloy of Thane, India, who helped organize the event. “There was a perfect mix of talks, the messages were very down to earth, and we all came away with something practical. It’s a breath of fresh air to be able to connect with so many others.”

Coming up later today are the farbrengens for Europe and Africa, Central and South America in Spanish, U.S. East Coast, and U.S. West Coast. Each farbrengen haswill host five speakers who will share personal stories, lead niggunim, teach, and inspire.

“We want to make sure every shlucha is able to participate in a farbrengen at whatever time and whatever language is convenient for her,” says Rabbi Moshe Kotlarsky, executive director of Merkos Suite 302. “We may not be able to come together in person but we can still mark this special day in unity.”

Visit GimmelTammuz.org to participate in the farbrengen in your time zone. 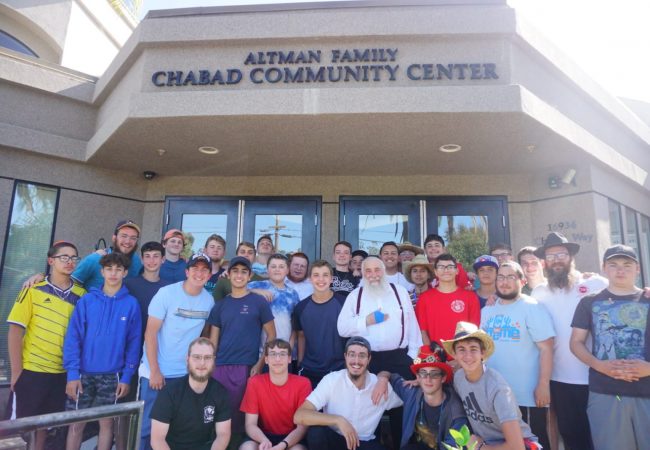