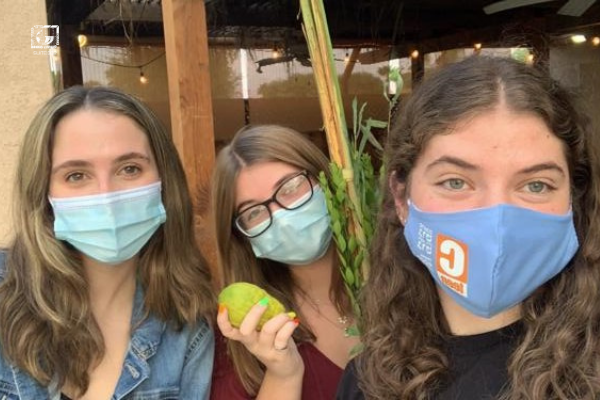 Before Rabbi Shmuly Kogan opened his door on Sukkot afternoon for Adam Yukhanov and a couple of his friends, he was under the impression that he would be accompanying the teens as they canvassed their Queens, New York neighborhood, helping them offer people the chance to bless the lulav and etrog. But after he opened the door and handed the high school senior a set of the four species – purchased with a grant Adam had procured – he realized he’d gotten it wrong.

“We’re good,” said Adam, politely refusing the stunned rabbi’s help. “You guys do mitzvot all the time. This one’s ours. We want to do this alone.”

Adam is one of the finalists of Transform Tishrei, a unique pilot program launched in twenty cities across the country in which CTeen Headquarters empowered local public school teens to take a lead role in creating and directing this year’s local High Holiday activities.

The program began with a brainstorming session led by CTeen’s director of Leadership Network Risa Mond, where the teens explored the importance of the holiday mitzvot and traded ideas for increasing community involvement. Then they each created a plan to implement in their local communities – including projected goals and budgets – and presented them over Zoom to Mond, Rabbi Shimon Rivkin, Director of CTeen International, and Rabbi Mendy Kotlarsky, Executive Director of CTeen’s parent organization Merkos Suite 302. After helping the teens iron out the details, they gave their stamp of approval and awarded grants of up to $300 each to defray the costs – generously funded by the Meromim Foundation.

“CTeen’s motto is ‘the Power of Youth.’ When teens have the responsibility and resources in their hands, it’s incredible to see what they can accomplish,” explains Mond. “The Meromim Foundation sees that potential, and stepped up to help teens own their Judaism and form their own methods of meaningful connection that they could share with others.”

The teens’ enthusiasm and creativity helped bring Tishrei experiences not only to their friends and peers, but to many who wouldn’t otherwise have been able to celebrate the High Holidays at all. With synagogues closed and gatherings restricted in most states, many people were facing the prospect of spending the holiday season alone, without their families or communities to pray or have dinner with.

Dakota Zeihen, a junior in the local public high school, heard about the Transform Tishrei opportunity from Mrs. Chaya Posner, director of Chabad of Rancho Mirage, California. “I signed up right away,” she said. “Doing mitzvot makes me feel connected. It’s meaningful to me. And I want more people to have the opportunity to feel that way too.”

Among other holiday programs, Dakota planned to assemble and deliver Rosh Hashanah packages to community members so they could celebrate at home. On the country’s Eastern coast, Adam Yukhanov came up with the idea of organizing a shofar sounding event in the park and offering neighborhood residents the chance to shake the lulav and etrog. Sophie Reich, a sophomore in Hunterdon County, New Jersey, took the idea a step further and decided to build a mobile sukkah for people to step inside and bless the lulav and etrog, and have a bite to eat. The ideas came without any input from the teens’ Chabad rabbis and rebbetzins.

Dakota, Adam and Sophie all live in COVID-19 hotspots. They’ve all been in various stages of lockdown for over six months now, attending school on Zoom for at least most of the week. While none of them identify as “religious,” all three are passionate about spreading Judaism to those around them.

“As the pilot year of this program, and in such unusual world circumstances, we weren’t sure what kind of results to expect,” says Mond. “But the success of their projects was above and beyond any possible expectation.”

Over eighty Rancho Mirage residents received beautiful holiday baskets filled with special holiday foods, candles, guides and reading material that Dakota and her friends assembled and delivered. “People really appreciated the effort,” says Chaya Posner. “And it was so beautiful seeing the teens looking out for the whole community and doing something that benefited everyone.”

In Queens, Rabbi Kogan was amazed to see over seventy-five teens, all invited by Adam, join the community at the park to hear the shofar being sounded. Adam recited the blessings of the shofar in front of hundreds of people. “It was pretty scary,” he admits. “But I got more confident as I went. I would never have imagined that I could do something like that but if there’s one thing I’ve learned from being a CTeen leader for three years, it’s how to step out of my comfort zone to do something important.” Kogan says that most, if not all, of the gathered teens wouldn’t have heard the shofar that year if not for Adam’s efforts.

Sophie and her friends in Hunterdon County rented a pickup truck with help from their rabbi, Avraham Posner, and arranged to have a sukkah built on it. Over three intermediate days of Sukkot, they drove around to friends’ houses and helped close to sixty people say the blessing on the lulav and etrog.

“I think we were more successful than even our Rabbi could be because of the positive influence we have over fellow teens,” Sophie muses. “Judaism becomes more relatable to our friends when they see us observing it. I know, for example, that if I go to an event, my brother, a classmate and a friend from my dance club would join me. And then their friends would be motivated to come. It’s a positive kind of peer pressure.”

The teens are looking forward to doing more such initiatives and Mond says CTeen Headquarters is working to offer it – they’ve already expanded their team and created a Mitzvah Ambassador Coordinator role to focus on it.

“Transform Tishrei has allowed me to experience leadership opportunities that I have never experienced in my life, such as proposing a grant to a panel of organization leaders,” says 17-year-old Gabrielle Guigui, a CTeen Leader in Knoxville, Tennessee who organized a sukkah mobile and Rosh Hashanah packages for her community. “I’ve learned so much about planning logistics and making sure all teens are accounted for and included in the program. And Transform Tishrei has allowed my chapter to reach almost all the Jewish teens in Knoxville.”

Leah Rivkin is co-director and COO of the Chabad Teen Network (CTeen), and serves as the creative force behind CTeen’s programs, resources, and multimedia.

The Chabad Teen Network is a project of Merkos 302. For more information, visit cteen.com or facebook.com/JewishTeens. 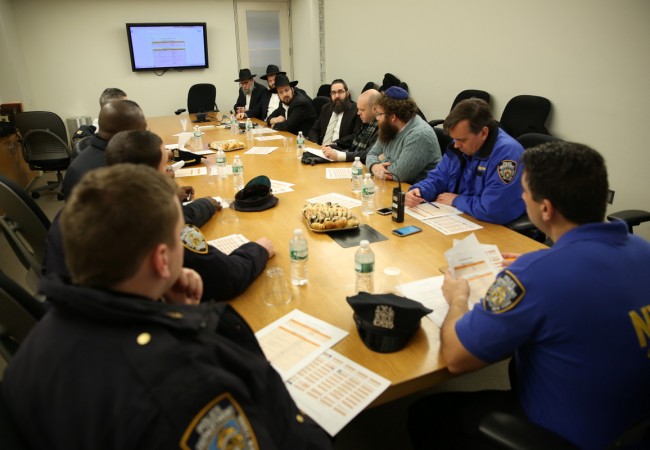 Photo of the day
With a record 1,500 Jewish teenagers expected at the… 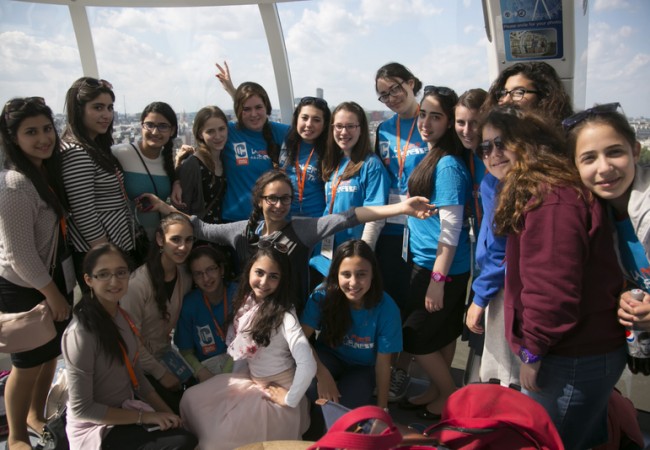 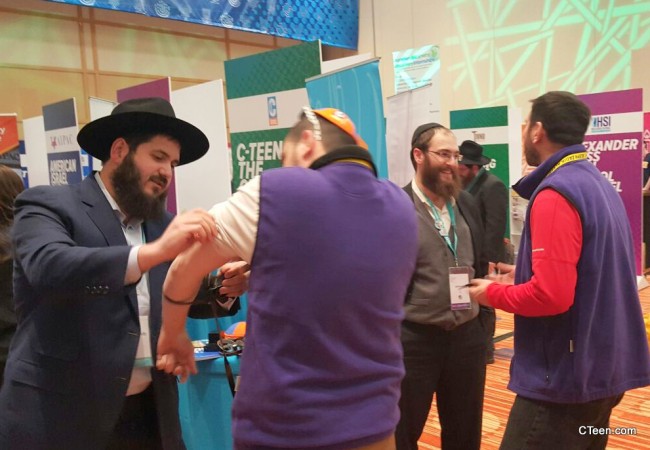