This time last year, Mendel and Avremi Shapiro of Flagstaff, AZ participated in the very first MyShliach regional boys’ shabbaton, hosted by shluchim Rabbi Shea and Dina Harlig of nearby Las Vegas. Also in attendance were Mendel and Shmulie Winner, shluchim to Tucson, AZ, whose parents are longtime friends of the Shapiros. Despite their parents’ friendship and the relative lack of distance between the two cities, the Shapiro boys had rarely met their peers in Tucson. With a typical travel time of nearly three hours, circumstances just hadn’t been conducive to connecting.

The shabbaton changed all that.

Becoming fast friends over the action-packed 36 hours, the boys didn’t forget about one another once the last goodbyes had been said. Throughout the following year, they kept in touch by connecting during MyShliach’s virtual regional farbrengens (which are held specifically for the purpose of uniting yaldei hashluchim living in the same region), as well as by visiting Tucson from time to time. The boys’ younger siblings couldn’t help but envy their brothers and eagerly hope for an opportunity to share the same experiences.

Recently, on Shabbos Parshas Mishpatim, seven-year-old Gabi Shapiro’s wish finally came true, when MyShliach’s second round of regional shabbatons brought young shluchim from Arizona, Nevada, and parts of California to their own home in Flagstaff, AZ.

That same week, friends from around Colorado and New Mexico who connected at MyShliach’s regional shabbaton in Lone Tree last year and have kept in touch ever since, stayed up talking for many hours on Friday night at a shabbaton held in Boulder, CO. And in the “Deep So-Cal” region, the seeds were sown for similar friendships to grow at its first shabbaton last week, which brought 34 yaldei hashluchim from the Orange and S. Diego counties together for an amazing Shabbos in Poway, CA.

On Shabbos Parshas Teruma, young shluchos–sisters of the boys who had attended the previous week’s shabbaton in Flagstaff–got together in Chandler, AZ, for their own first shabbaton. Graciously hosted by Rabbi Mendy and Shterna Deitsch, they also experienced a similar whirlwind of activities, going on mivtzoim, trips and farbrenging for 48 hours straight. That same Shabbos, 25 girls from Northern California gathered for a similar experience at Chabad of the Tri-Valley, CA, hosted by Rabbi Raleigh and Fruma Resnick.

Ms. Chaikie Weingarten, director of the girls’ shabbatons, reflected, “Some girls may have known one another before the shabbaton, but they had never spent a significant amount of time together. As soon as the first van drove off from Las Vegas to Chandler, the sense of unity and connection was palpable.” And after a Shabbos chock-full of laughter, singing, and farbrenging, not only do the girls take home a pride for their shlichus, but beautifully established friendships that they nurture throughout the year…until the next shabbaton.

“We are very grateful to Shmuel Eliyahu HaKohen ben Brocha, whose generosity has made it possible for us to conduct these shabbatons,” shares Rabbi Mendy Shanowitz, director of MyShliach. “His foresight and partnership is granting young shluchim and shluchos with one of their most crucial needs.” 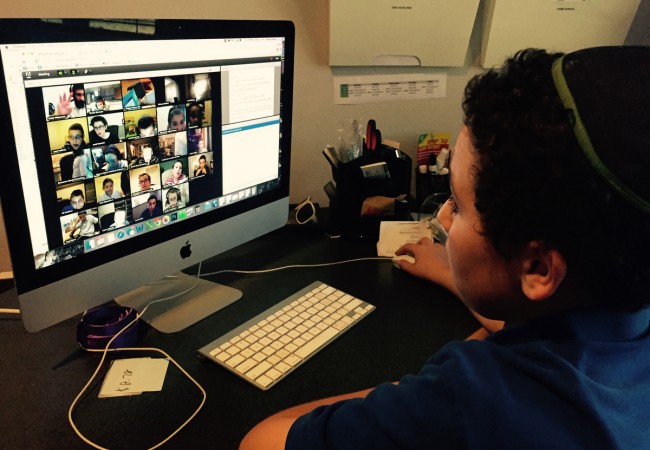