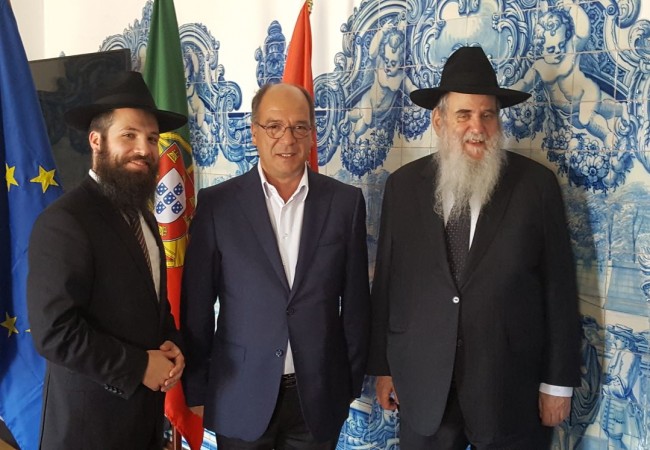 On Friday, Rabbi Moshe Kotlarsky of Merkos L’inyonei Chinuch and Rabbi Eli Rosenfeld, the shliach to Portugal, met with Mr. Carlos Carrères, mayor of Cascais, a city in the center of Portugal, a luxury suburb of Lisbon.
Rabbi Rosenfeld and the mayor have established a good relationship since his arrival in the country seven years ago, a link that greatly helped the development and success of Shluchim’s activities in the country.
Rabbi Kotlarsky spent the Shabbos in the city, during which he farbranged with the leaders and members of the Jewish community. The visit to Portugal was the first stop before of the European and central Africa regional kinus which started today in Girona, Spain.
Post Tagged: Merkos
Next Post: Photo of the day – New Mexico
Previous Post: Getting Ready for CGI Global LIVE Rally Event
Tweet Like Pin It Share
Related Posts 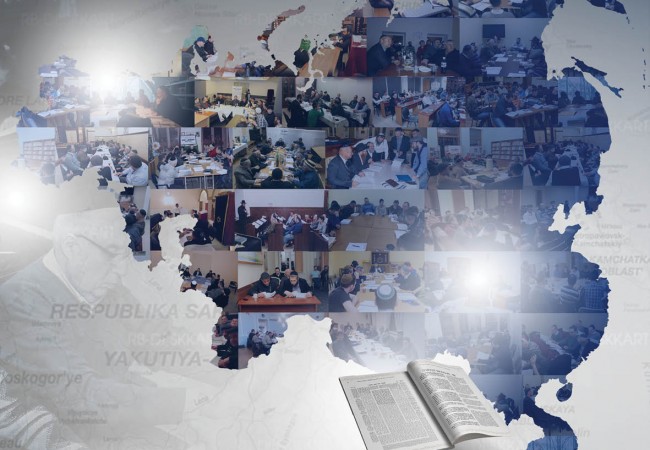