“246 banks are listed on the FDIC to have closed recently but not one Chabad house has closed during this economic crisis”.

Speaking with great enthusiasm to close to 200 shluchim, these where the words of Rabbi Moshe Kotlarsky of Merkos Linyonei chinuch in his address at the banquet of the New York/New England regional kinus hashluchim.

Rabbi Kotlarsky also drew upon the significance of the current year being 250 year’s since the passing of the Baal Shem Tov. “The Baal Shem Tov was the ultimate architect of our avodas hasbhlichus, through ahavas yisroel we are able to reach every Jew”. “Imagine what the Rebbe would have done with this year”, he then asked the shluchim, encouraging them to do more in their avodas hashlichus.

The kinus was held at the impressive Chabad House in Stamford, CT, which is directed by Rabbi Yisroel Deren regional director of Fairfield County.

Perhaps the most fascinating presentation of the kinus was the one from Rabbi Elkana Shmotkin of jem. From the Rebbe’s birth certificate to the Rebbe’s passport to a correspondence between the Rebbe and the Rogochover goan, Rabbi Shmotkin had the crowd mesmerized and enthralled as he showed and explained document after document from “the Rebbe’s early years”.

Opening the main session Rabbi Yisroel Deren welcomed all of the shluchim to the kinus and thanked them for coming. Rabbi Yehuda Krinsky then delivered words about the lessons to be learnt from the story of the mergalim. Rabbi Deren then invited Rabbi Moshe Herson to address the shluchim. Emphasizing how to take hadracha from the Rebbe in our daily shlichus, Rabbi Herson recounted personal encounters and guidance that he had received from the Rebbe.

After mincha and the group photo, the shluchim headed to the grounds behind the Chabad House where a lavish banquet awaited them. After thanking all the organizers who helped arrange the kinus, Rabbi Deren then introduced Ed Spilka the President of Chabad of Stamford and former president of UJF, to represent the lay leaders.

Mr. Spilka quoted Moshe Rabbenu’s conversation with Hashem from last week’s parsha in which he said, “I alone can’t carry these people”. Mr. Spilka told the shluchim how they are the Rebbe’s foot soldiers, helping to carry out the designated goal.

The guest speaker Rabbi Shmuel Lew from London, England, gave the main address. Rabbi Lew spoke about the year 5770 and what it means to us in terms of Ufaratzta. He asked the crowd what sort of brocha Ufaratzta is if we are so spread out away from our family and one another. He went on to explain how we have not left our family, rather this is our family.

After the banquet majority of the shluchim stayed till the wee hours of the morning farbrenging with Rabbi Lew.

The kinus continued on Monday morning with Shachris and breakfast and a fascinating workshop by Rabbi Gershon Eichorn on the topic of “Navigating the Triangle of Quality, Time and Money”.

The two-day kinus was an overwhelming success. As one shliach said, “This conference was unique among all those that I have attended, for the particular quality of unity and camaraderie among the shluchim was evident throughout the event. 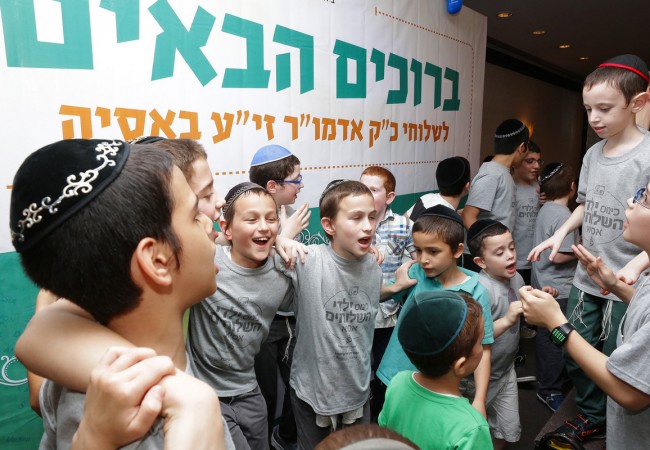 11 Countries, 37 Shluchim Families, One Kinus
The 37 Shluchim families from across Asia that gathered this…
NYPD Getting ready for the International Kinus Hashluchim
Today, NYPD and NYC law enforces along with members of… 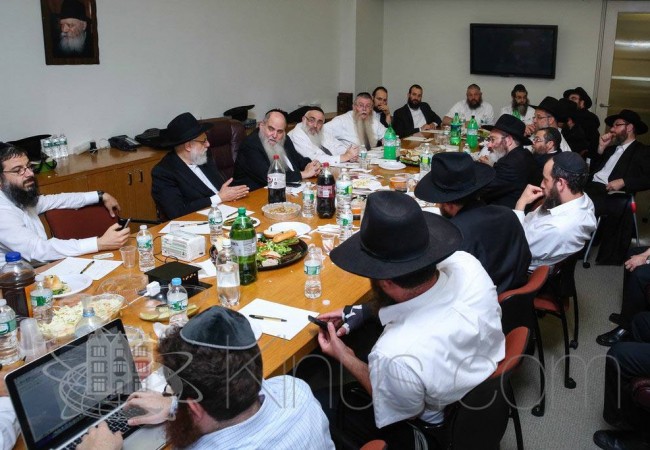 Picture of the Day
Preparations for Kinus 5775 are well underway. Last week the Vaad…