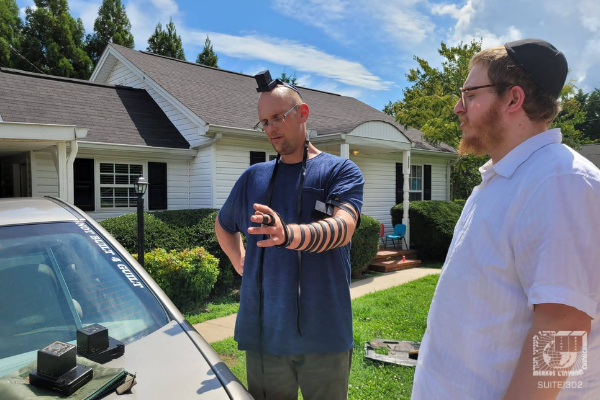 As Jewish families prepare for the High Holidays from the comfort of their homes, hundreds of Yeshiva students are still busy on the road finishing up a busy summer helping out their fellow Jews.

Going against the grain isn’t something new for these Yeshiva boys as they dedicate their vacation time to a selfless cause.

Summer 2021. While a significant number of Americans chose to stay in the safety of their homes, millions of them jumped at the chance to take a much-needed vacation. Many spent a few days in the great outdoors, while others just celebrated the summer with friends and family.

Chabad Yeshiva students also hit the roads this summer. They closed their books, packed their bags, grabbed an assortment of Jewish paraphernalia, and pounded the pavement. They traveled in pairs visiting all across the United States, South America and Europe.

The students, dubbed “The Roving Rabbis,” went out to visit and inspire their fellow Jews in isolated locations around the globe,  many of which were the sole Jews in town. They arranged Prayer services, Tefillin, Mezuzot, Shabbat candles, Torah classes and brought an infusion of good Jewish cheer! The students visited the Jews in their homes, on their porches, or in public parks outdoors. Also reaching those who have not been able to participate in any social or religious events due to the Pandemic.

They came to share and inspire, talk, and of course, to listen.

The Roving Rabbis or Merkos Shlichus project organized by Merkos L’inyonei Chinuch at Chabad Headquarters in NY (Merkos means Central) sent out almost 200 yeshiva students to hundreds of towns and villages this summer across America, many of them communities without a permanent Jewish presence. An estimated 19,000 Jews were met.

In 1943, a  few young yeshiva students, some who had just come off the boat with broken English and warm smiles, traveled across upstate NY offering Jewish books and visiting communities. They were sent by the Lubavitcher Rebbe to reach out to the small communities and individual Jews who were lacking the bare Jewish essentials available to those living in the big cities.

Today, thousands of students and tens of thousands of kosher tuna cans later, the impact of these short encounters are visible to all. Millions of Jews have been met through this initiative, and hundreds of new communities have sprung up from these visits. These short encounters laid the groundwork for the renaissance of Jewish communities that have blossomed worldwide.

This year the Jewish calendar year began much earlier than usual. This gave the students a unique opportunity to help the Jews they met prepare for the High Holidays. A personal, friendly reminder that the Jewish new year was coming. Simcha and Moshe met Ron on the side of the road in Tehachapi, California. After a short conversation about his childhood memories of Rosh Hashanah and his grandma Sue’s chicken soup. The boys sounded the blasts of the shofar for him as is customary in the Hebrew month of Elul (in preparation for Rosh Hashanah). Many of the Roving Rabbis kept in touch with the people they meet, such as Sruly, a yeshiva student living in Crown Heights, Brooklyn. Sruly went through his contacts and called the souls he encountered on his summer travels to wish them a Happy New Year and speak to them regarding the significance of the holy day. “With Rosh Hashanah around the corner, I was stuck at home with Covid I was feeling really down ,” said Jim from Woodstock, “I was so touched that Sruly remembered me after all these weeks, his call truly raised my spirits.”

Driving through endless miles of yellow sunflower fields, two young Rabbis, Avi Winner and Menachem Wolf, visited the Jews of Western Ukraine. Stationed in the legendary city of Berdichev and guided by the esteemed Rabbi Shmuel Plotkin, who’s work breathed new life into the Jews in the area after the fall of communism. They reached out to local Jews in the region, precious relics of what was once a bustling hub of Jewish life in Eastern Europe.

Ella, an elderly Holocaust survivor who lives alone in Khmelnyk, was thrilled to meet the young rabbis, communicating with her in beginner’s Ukrainian, hand motions, and lots of heart. They listened as she recalled her memories of the war and her late husband, who was tragically killed in a car accident.

Before leaving, the Rabbis affixed a Mezuzah on her door. Ella made the blessing, kissed the Mezuzah, and told the students, “whenever I feel lonely, I will look to the mezuzah and know that I’m never alone.”

On the other side of the world, in sunny California, Ed had just gotten into a motorcycle accident; he was home from the hospital but in lots of pain. He was delighted when Rabbis, Mendel Braun and Dov Ber Friedman arrived to see how he was doing. Ed asked the students if they would help him don his Tallit and Tefillin so he could pray. The Rabbis happily obliged and Ed was able to pray and abate some of the pain. After he finished his prayers, they sat and talked for a while about life and Judaism. The experience was uplifting for both Ed and the Rabbis. “Seeing Ed so determined to do the Mitzvah even with all the pain he was in, was so powerful for us as well,” explained Braun. “We came to inspire Ed, yet we were the ones who left inspired.

Jews can be found anywhere, and therefore the Rabbis will go everywhere.

One pair of Rabbis ended up in Woodstock, NY, where they met Stuart, a man with a longer beard than the both of them who hadn’t had the privilege of Putting on tefillin since 1961. “Man, I loved putting on tefillin!” he told the students as he joined them for a tefillin selfie.

While tefillin usually goes hand in hand with a Bar Mitzvah, not everyone has the chance ever to do the mitzvah. Ben, a seasoned skateboarder from Malibu, never even heard of tefillin. That didn’t stop the two rabbis and aspiring skateboarders from explaining to him the significance of the mitzvah, putting on the tefillin, and celebrating an impromptu Bar Mitzvah on the street!

“We cannot underestimate the power of these short encounters that the young men have with their fellow Jews,” emphasized Rabbi Moshe Kotlarsky, Vice Chairman of Merkos L’inyonei Chinuch, who has been passionately overseeing the project for the past few decades. “Many people are struggling in life and having someone reach out to them with sincere love and care can really raise a person from the depths of despair.”

As the summer sun dips below the horizon, thousands of Jews throughout the world, hand in hand with their young Rabbis, enter the new Jewish year feeling more connected than ever to their faith and Jewish identity.

Young men willing to forgo the typical summer vacation or holiday experience for a more meaningful one. Inspiring thousands of small beautiful moments to illuminate the earth. Small sparks of light for a world that is craving it so deeply. 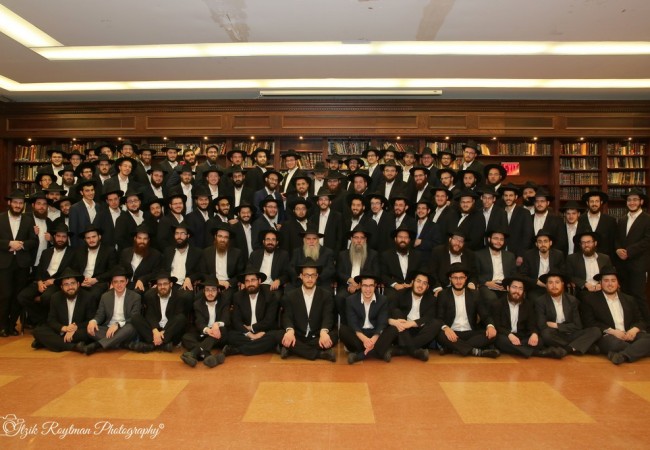