The tension was palpable as seventy-six boys gathered Wednesday evening to write the first exam in advance of the International Chidon to take place in New York next month. As they feverishly answered question after question, the unanimous hope within each boy’s heart was that of scoring high enough on the test in order to merit representing his peers at the Chidon.

What set these boys apart from the thousands of other boys who gathered at Lubavitcher yeshivos and schools worldwide to take the very same test last week is that none of them were in the same room at the time.

Welcome to MyShliach’s brigade of Chayolei Tzivos Hashem. In keeping with its mission of caring for the wellbeing of shluchim’s children, MyShliach has ensured that no child be left out of this monumental event for lack of a local Lubavitch school.

Over the past nine months, these yaldei hashluchim spent hours each week attending online classes, delving deeply into the halochos and background surrounding one-fifth of the Rambam’s Sefer HaMitzvos as illuminated by The Yahadus Curriculum. More recently, these boys spent their every extra moment reviewing all they learned during the year. The combined results of this and two previously taken tests will determine which two young shluchim of each grade will represent their peers at the final Chidon challenge in New York, scheduled for Yud Zayin Sivan.

“We are very proud of the results we are seeing so far,” MyShliach director Rabbi Mendy Shanowitz said. “We definitely see all the effort they’ve put in shining through.”

In addition to the to-be-determined champions, runner-ups from each division will join the winners for the Chidon weekend in New York. MyShliach is also inviting all contestants who score above a certain percentage on the test to participate in a special Chidon shabbaton to be held in New York the Shabbos of the final Chidon challenge.

“There are no words for the nachas the Rebbe is surely having from these boys,” says Rabbi Mendy Kotlarsky, executive director of Merkos Suite 302 of which MyShliach is a sub-division. “We all know how much the Rebbe emphasized the study of Rambam and was specifically pleased when young boys did so.”

The names of the final contestants are expected be announced at the end of next week, after all of the test results are in. 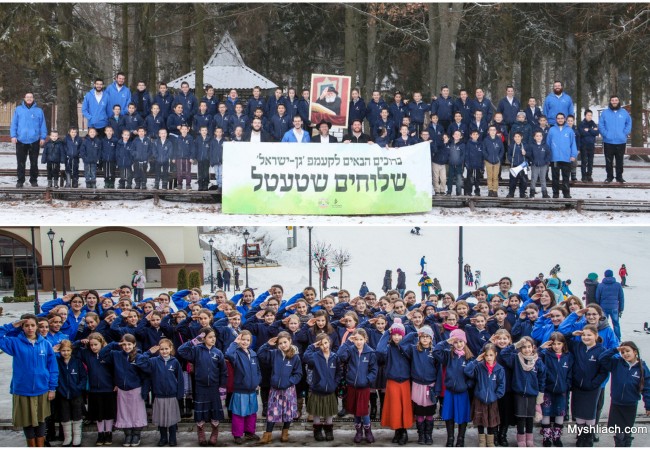