Finally, young shluchim will not be a minority amongst their peers.

At Chayolei Tzivos Hashem’s upcoming global Yud Shvat rally, MyShliach will be the largest “base” of all the schools set to be in attendance. The MyShliach base is made up of yaldei hashluchim all over the world, who are used to being isolated in their observance of Yiddishe and Chassidishe yomim tovim. But when part of the larger MyShliach group, they are no longer alone.

Take the Pink family in Leicester, England. Located two hours north of London, the streets of this town are lined with Asian immigrants.  The small Jewish community, led by Rabbi Shmuli Pink, is predominantly elderly.  It’s no surprise, then, that the Pink children are the only young Lubavitchers around.

“We don’t really have anywhere appropriate for our kids to visit,” says Rivkie Pink, “so we have to spend a lot of time at home.” It’s a common challenge among Shluchim, and programs like MyShliach help ease the burden significantly.

As a member of Chayolei Tzivos Hashem, each child receives missions tailor made to his or her level. There are both short term and long term incentives, including miles, medals, stickers, prizes, and, ultimately, going up in rank. The parents are provided with support material with which to assist their children.

“My kids now feel a tremendous sense of self pride,” says Pink. “At our Shabbos table, a young boy once told of the many medals he had won in swimming competitions. My son Avremi suddenly disappeared, only to return moments later with his Hachayol medals. ‘Look’ he announced. ‘Do you want to see medals? Here are my medals!’”

A walk into young Avremi’s room reveals a Chayolei Tzivos Hashem poster welcoming you into his “Cheder Tzivos Hashem.” His shelves are lined with Chayolei binders, and his medals hang prominently upon his wall.

While this scene may be out of place in Leicester, it is only too common in Shluchim’s homes across the globe – in cities both big and small. There are currently more than 1,200 active members in the MyShliach program, and the number is growing daily.

The Yud Shvat rally, which is set to take place on Thursday at 1:00 PM ET, is but one part of the newly revamped children’s program that is revolutionizing the way young shlucihm prepare for Yud Shvat. Working in conjuction with the state of the art Chayolei Tzivos Hashem system, MyShliach has put together a treasure trove of resources on their website which help parents ready their children for the big day.

At its headquarters in the bustling Suite 302, three stories above 770, MyShliach’s director Rabbi Mendy Schanowitz gushes over their recent efforts. “In seconds, a mother can download Bosi Legani in 3 languages, divided into doable sections. There are beautiful illustrations to help the children, and an educators’ guide for the parents. This is one step ahead of the ‘Machshava, Dibur, Ma’aseh’ phone campaign we did last year for Gimmel Tammuz. Everything is up there on our website.”

And he’s not done.

“We have recordings of the Rebbe saying the Ma’amor Bosi Legani, there are Mishnayos in Hebrew and English, the history of the first years of the Nesius…” The list, it seems, is endless. And the Shluchim are loving it.

“You cannot always expect a child to simply open a sefer and study Bosi Legani by heart,” says Rabbi Shmaryohu Weinbaum, Director of Chayolei Tzivos Hashem. “Our program is designed to bring the books to life for the children; to make them relevant.”

Remarkably, there is material suited for children of all ages and levels, from Pre 1A to 8th grade. “Not only do my children make hachlotos; they are actually able to keep them,” says Pink.

“When that white envelope arrives, they can barely contain their excitement. We have to strictly enforce that all the kids be finished their online classes before the Chayolei mail is opened.”

Chaya Mushka Moscowitz, Chayolei Moshiach Coordinator for MyShliach, is pleased with the feedback. “Each day, we receive emails and phone calls from Shluchim expressing their appreciation. They are amazed that there is an entire team dedicated to their children’s education.”

“The Shluchim’s self sacrifice demands of us to do all we can to support them,” says Rabbi Moshe Kotlarsky of Merkos L’Inyonei Chinuch, under whose auspices MyShliach is run. “Receiving our support further motivates and inspires the Shluchim.”

MyShliach’s effort to ensure that more children are prepared for Yud Shvat and are fluent in Bosi Legani is especially significant this year, as we celebrate 60 years since the Rebbe first recited the inaugural ma’amor of his Nesius. 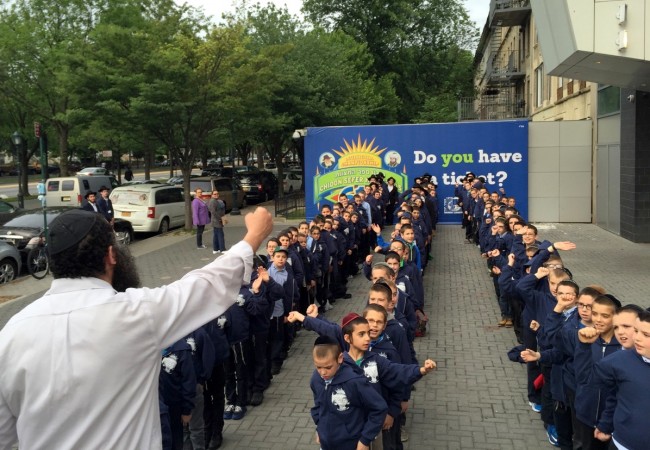 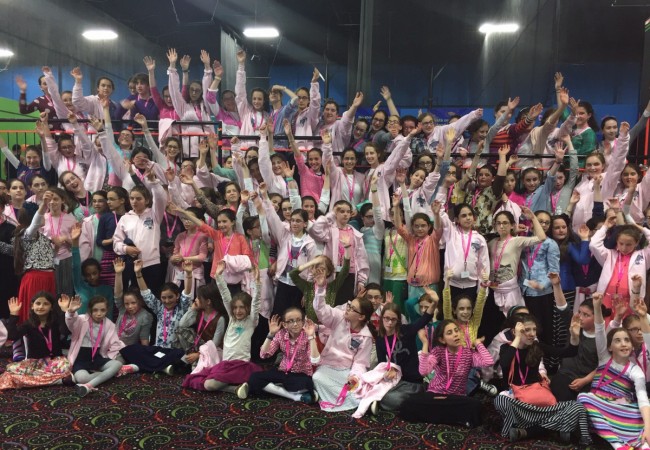