The winning photos of MyShliach’s annual Mivtzah Chanukah Photo Contest have just been released, following three grand raffle drawings of the more than 350 photos that were submitted.

Hailing from 135 cities in 27 US states and 29 countries around the globe, contestants sent photos of themselves doing mivtzoim on Chanukah to their respective MyShliach division for entry into the raffles.

Of course, each child was a winner, having made the world yet a bit brighter by bringing the light of Chanukah into the lives of thousands who would otherwise not have experienced it. Seeking to convey to the children the global impact brought about through each child’s singular – often small-scale – mivtzoim experience, MyShliach designed a collage including all 350 photo entries; together, the photos form a beautiful Chanukah scene.

Reflecting on his daughter’s win, proud parent Rabbi Levi Brashevitzky of Norfolk, Virginia said, “I cannot express how thankful we are for these programs. Boruch Hashem, as shluchim we are so busy over Chanukah with so many programs and parties and do not usually get to take the kids on mivtzoim (outside of their important help with all the programs). This program, provided by MyShliach, encouraged us to take a night off to focus on our children and afford them the opportunity “to go on mivtzoim.” We went door to door, asked people in the mall, etc. My kids loved it!” 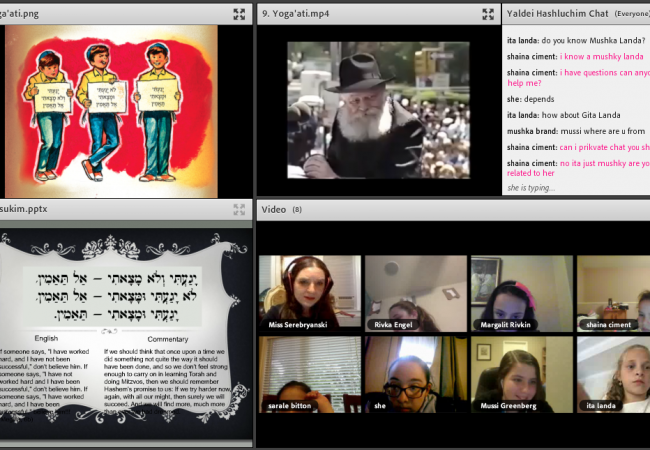