Representing the parents of yaldei hashluchim around the globe, Rabbi Elly Andrusier, shliach to Irvine, California, addressed an overflow crowd of bochurim at MyShliach’s annual evening of appreciating yesterday. Volunteering their time each week to learn and farbreng one-on-one over the phone with a young shliach, these bochurim serve as mentors to these boys, who lack local Chassidishe friends and chavrusas. Rabbi Andrusier remarked how, after watching his sone participate in the program for over four years and connect with two different bochurim, he is especially impressed with the level of personalization that MyShliach puts into each match. They ensure that yaldei hashluchim all over the world have the same opportunities for friendship and mentorship with bochurim as children growing up in large cities.

Attending the event were bochurim who serve as mentors in the Ach Sheli program and leaders in MyShliach’s online farbrengens and classes, as well as volunteers who chaperoned any of MyShliach’s 26 regional shabbatons during the past year and a half.

A video presentation including interviews with yaldei hashluchim discussing their life growing up on shlichus interspersed with sichos of the Rebbe about the power of children on shlichus was shown. Yaldei Hashluchim: On the Front Lines offered the bochurim an inside look at how much their efforts mean to the yaldei hashluchim. .

Young shliach Shneur Silverman of Dobbs Ferry, NY represented yaldei hashluchim worldwide and thanked his chavrusa and all of the volunteers. He spoke about how the many conversations he has with his MyShliach chavrusa, Shmully Shputz, sometimes seemingly unrelated to their learning, have helped him grow and strengthen his sense of ahavas yisrael and connection to the Rebbe. Shneur shared his feelings about the effects of the example of ahavas yisrael and selflessness set by his chavrusa, “As a chosid and a shliach, with ahavas yisroel you put yourself aside and others first, and this is something intangible that I’m sure I have strengthened as a result of my learning with [my chavrusa] Shmully… it’s this ahavas yisrael and dedication to the Rebbe’s shlichus that I pick up from Shmully in addition to all the learning.”

The program continued with remarks from Menachem Feldman about the the satisfaction of developing a friendship and mentorship with a young shliach, Mendel Refson of Charleston, South Carolina. As inspiring as he found the growth he saw in his young friend, in both his ability to learn a sicha of the Rebbe and in his knowledge of the Rebbe’s inyonim, he was just as inspired towards growth in his own learning and hiskashrus. “Without realizing, I poshut got a whole new derher in the Rebbe’s sichos. Having to taitsh every word clearly and explain the concepts to a younger boy, it is sometimes the most thorough learning I have all week.”

Rabbi Moshe Kotlarsky, vice-chairman of Merkos L’Inyonei Chinuch and the man behind MyShliach, addressed the bochurim at the end of the evening, thanking them for all of the effort they put into the program. It is apparent, Rabbi Kotlarsky said, when he goes to visit shluchim families in remote locations, how much the opportunities provided by MyShliach to be able to converse with these dedicated bochurim on a weekly basis truly affects each child on a personal level in their hiskashrus and avodas hashlichus.

“All of the bochurim are unsung heros,” said MyShliach program director Rabbi Mendy Shanowitz. “The level of commitment they show to their young chavrusas and the amazing effects of the program are incredible, but the program would not be what it is today without the efforts of Rabbis Zushi Rivkin and Mendel Weingarten, who are tirelessly devoted to bringing more and more resources and opportunities to the program to benefit Yaldei Hashuchim all over the world.”

“The event was as beautiful as it was inspirational,” said one of the participants. “And everyone left with a feeling of inspiration and mutual appreciation–MyShliach for the dedication and energy of the bochurim that make the program what it is, and the bochurim for the amazing opportunity that MyShliach offers to volunteer and connect with Yaldei Hashluchim and really make a difference in their shlichus and their lives.”

For more information or to enroll a child visit myshliach.com. 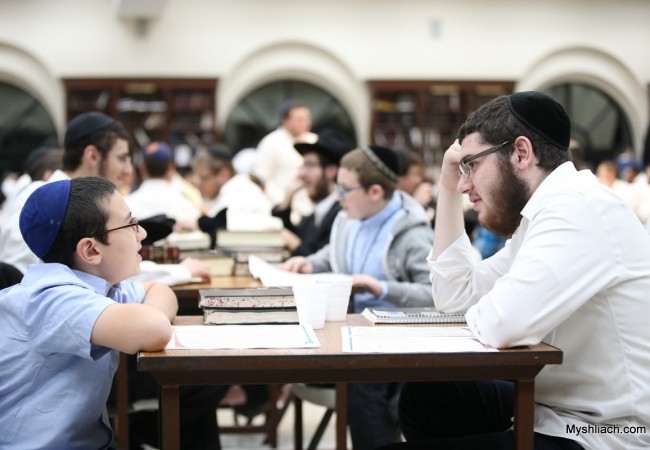 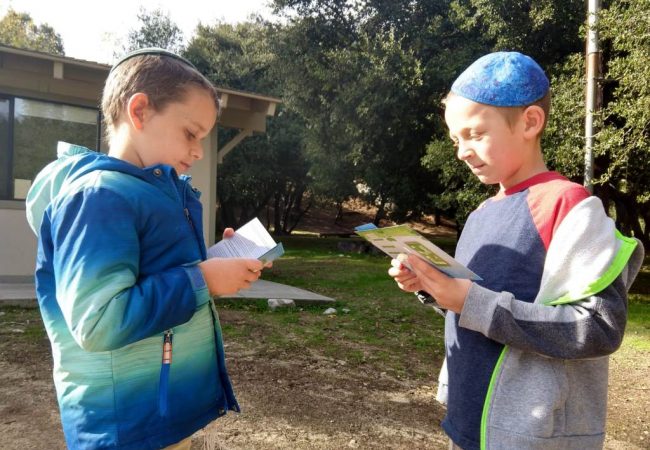 MyShliach Mishnayos Baal Peh Goes To Winter Camp
Yaldei Hashluchim from around the world make time every day…
My ShliAch Shavuos Learning
In honor of Shavuos, MyShliach has prepared a Learning contest.…