The Rebbe said, “When Moshiach comes, we’ll read about it in the newspapers.” Until that happens, here’s the next best thing:

Announcing the latest brochure published by the Moshiach Campaign. The new Moshiach brochure challenges readers to change the way you look at the world.  So instead of problems, you see possibilities.  Instead of pitfalls, you see progress.  And rather than ignoring the world, you do everything you can to change it for good, once and for all.   In essence, the brochure represents a call to put yourself into a Moshiach  mindset.  What’s more, it shows you how easy it is to do.

Specifically, the Moshiach brochure combines dramatic pictures and thought-provoking text to help readers examine long-held beliefs in the face of dramatic changes taking place.  Then it logically leads you to conclude that these changes represent the unfolding of a higher level Plan.  What’s more, you can help hasten the process of making the world better by learning about Moshiach, getting excited about Moshiach, and by performing acts of kindness, sensitivity, awareness, and love.

The new brochure was written by author, scholar, and lecturer Rabbi Simon Jacobson.  According the Rabbi Chaim Hershkowitz, director of the Moshiach Campaign, the new brochure is already having an effect. “We released the brochure at the Kinus HaShluchim (Annual Conventionof Shluchim) in New York.  Both shluchim and baale batim found that the brochure presented Moshiach in a unique way. “

More than 2 thousand copies of the brochure have been published and are being distributed around the world.  They are available at your local Chabad House or by visiting www.Moshiach101.com.

The Moshiach Campaign is a project of the Kinus HaShluchim and Merkos Inyonie
Chinuch. 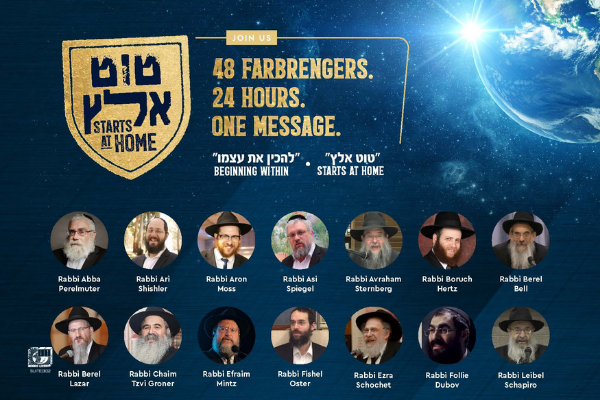 48 Speakers for 24 Hours on Moshiach!
The global Lubavitch community is gearing up for an unprecedented… 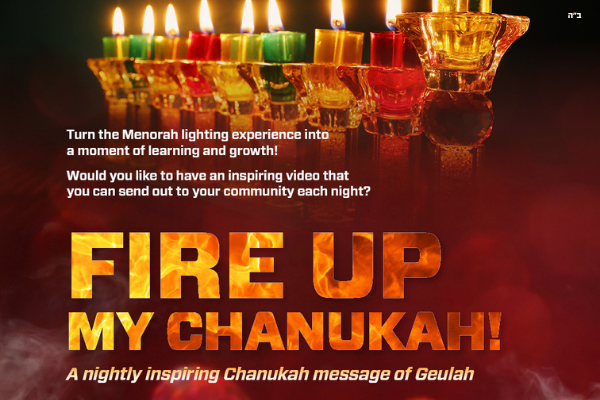 Fire Up My Chanukah – Nightly Geulah Message
In the age of Social Media, Shluchim and Anash are…