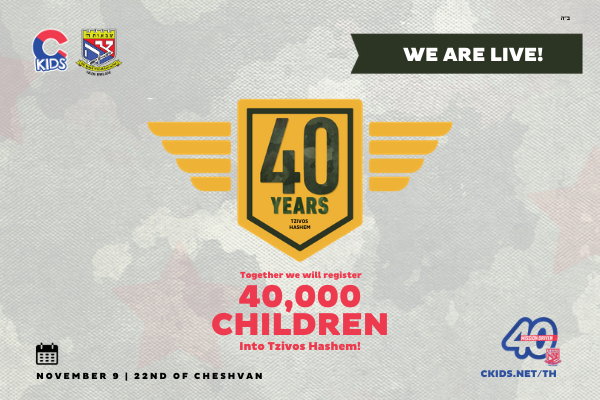 As we mark the milestone of forty years since the founding of Tzivos Hashem, each and every Chossid should ask themself: What more can be done? Has the goal been reached?

Until every single Jewish child is enrolled there is still much work to be done!

The CKids brigade of Tzivos Hashem, in conjunction with Tzivos Hashem International, have taken upon themselves a bold challenge – to encourage 40,000 new children to sign up this year. The target are children who are associated in some way with Shluchim. This is an ambitious goal, tapping into a new and necessary territory.

“The objective here is to have every Jewish child be a part of something bigger. Children should realize they are a necessary part of a universal goal.”

Shluchim worldwide will be at the forefront of this effort as they encourage boys and girls of all backgrounds to sign up for the CKids Brigade of Tzivos Hashem as the Rebbe envisioned.

Can you imagine the positive impact an additional 40,000 Jewish children can have on the world?

So what are you waiting for?

Think of one, two, five, or any number of children in your Hebrew School, camp, CKids Club or mailing list and have them join the greatest force in the world; the force that is at the forefront of ushering Moshiach’s arrival!

Make your chabad house into a base (its free) at ckids.net/th

Register children into your base (also free) at ckids.net/th 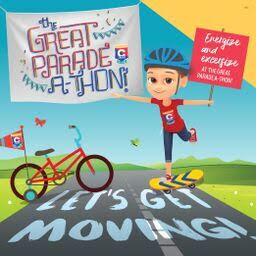 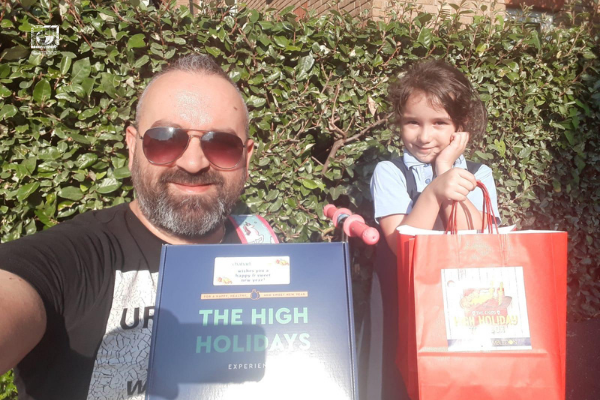 Over 120,000 High Holiday kits are being distributed to families worldwide
Attendance for community services and yom tov meals may be…
VIDEO: Dare Yourself! The Macabbe Challenge
Every year Jewish children all over the world…