The final night of Chanukah was celebrated with an especially festive glow on Sunday Night during an Islanders Hockey game at the Brooklyn Barclay’s Center. Thousands of people—with many of them being Jewish teens who attended with the 36 CTeen chapters from the tri-state area—packed the seats of the Brooklyn’s premier sports stadium and were treated to a glorious Chanukah event that featured acclaimed Israeli superstar Gad Elbaz, a half time performance by the world renowned folk singer Levi Robin, and a lighting of an ice menorah.

Teens were treated to extra perks throughout the game including pre-game high five lines and zamboni rides throughout the evening. The Islanders game was on one of at least 17 professional sports teams around North America to host Chanukah menorah-lightings and parties this year. The event was not just about the fun and celebration of Chanukah; for many of those in attendance, this event was a symbol of hope during trying times.

“Sharing the light of Chanukah with so many—both at the game and with those watching at home—brings a little more meaning and inspiration into all of our lives,” says Rabbi Mendy Kotlarsky, executive director of CTeen. “The mid-game Chanukah menorah-lighting at the Barclays Center is a teachable moment for the thousands of Jewish teens present. It says: ‘Be proud of who you are. Be proud Jews.’ ”

Sunday’s event was one of two awe-inspiring Jewish Heritage Nights at the Barclays Center this Chanukah, which were organized by CTeen, the Chabad Teen Network. The success of both events was attributed to the incredible energy and inspiration that CTeen incorporated into each game.

“I was only going to attend Thursday’s game,” shared Bar Tsurmagen from Manhattan, ‘but after experiencing the overwhelming sense of Jewish Pride at the first game, I just couldn’t miss the opportunity to do it again. It’s not everyday that you walk into a sports stadium and see it decked out with Jewish items like a menorah!”

The fun filled event included Chanukah greetings from Islanders players during the game, an abundance of Kosher food, and an overwhelming sense of Jewish pride that impacted every audience member. During a time when the world is filled with so much darkness, this event was an opportunity to shine a bright light on the miracles that surround us every day.

“People all over the world have been searching for a sense of hope during these times where everything seems so sad and difficult,” said Nicole Nissan, senior in Roslyn high school. “Coming to Jewish Heritage Night reminded me that there are things in the world to be thankful for, and that it’s up to us to add light to this world”.

“We talk about the miracle of Chanukah as if it happened thousands of years ago, when really, it happened tonight at the Barclays Center,” shared Tracy Ulman from Woodmere, NY. “The fact that we had the chance to gather together at a popular sports stadium and light the menorah for the whole world to see is a true miracle. There were so many times throughout the night where I found myself shouting out ‘Am Yisrael Chai’ with pride and enthusiasm. This event reminded me that we should not be afraid to express ourselves and show the world that Judaism is where it’s at.” 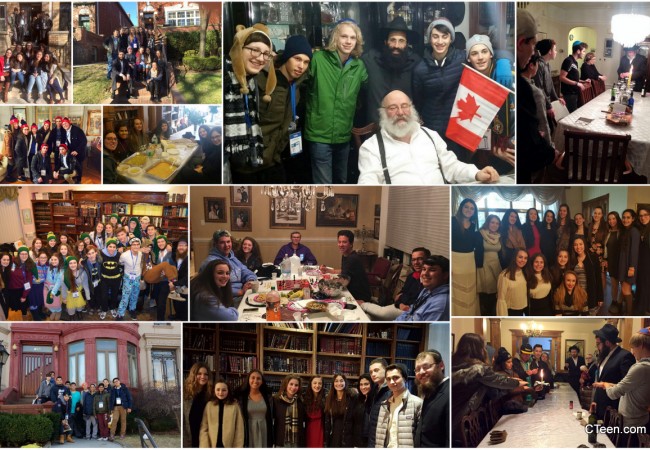 “Thank You Crown Heights”
Last Friday, Over 2,000 teens from around the world united… 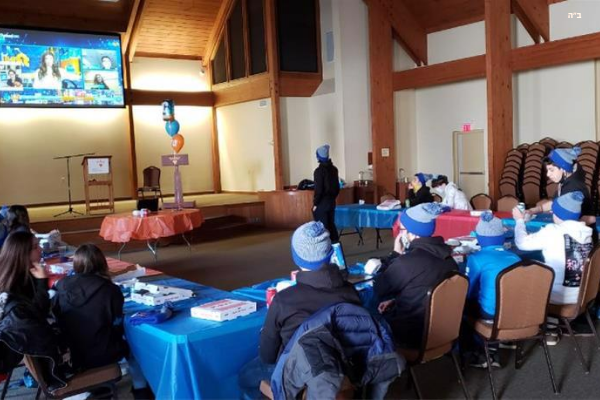