Few could argue that moving to Cambodia with your husband and child is no small feat, yet in a talk to over 2,500 shluchos at last night’s gala banquet, Mrs. Mashi Butman said, “As I set out tomorrow for a 20 hour flight to Cambodia, no quantity of Jews is too small, and no corner is too far to reach!”

For Mrs. Butman and her husband, their move to Cambodia, a country with less than 100 Jews, epitomized the conference’s theme of “poratzta”. “poratzta” which means to spread out is the corresponding numerical value of the current Hebrew year, 5770.

Mrs. Dini Cohen, Shlucha to Sacramento, California, opened the 22nd International Conference of Shluchos gala banquet, by telling over the words the Rebbe said when he heard the friediker Rebbe’s idea of the Mesibos Shabbos program, he said, “With this Mesibos Shabbos program we will impact the whole world”. Sixty years later, Mrs. Cohen said, “We have helped bring the Rebbe’s vision to fruition”.

Representing the lay leaders, Mrs. Hadassah Freilich Lieberman, wife of US Senator Joseph Lieberman, told over how her husband just returned from Munich where Chabad made sure that everything he needed was there, she said, “That sums up Chabad.” Mrs. Lieberman continued her praise for the shluchos by saying, “I admire the way the shluchos have gathered here tonight, and the world needs leaders like all of you”.

In his address, Rabbi Moshe kotlarsky, Chairman of the International Conference of Shluchos and Vice-chairman of Merkos L’inyonei Chinuch, opening by thanking all those who were involved in making the kinus the success that it was. Rabbi Kotlarsky singled out two individuals, Rabbi Mendel Kotlrasky and Rabbi Schnuer Nejar who spend countless weeks and months ensuring the great success of the kinus, for special praise. In saving the greatest praise for last, he said, “Behind every successful Shlucha stands her husband, tonight they are home babysitting.”

Rabbi Koltlarsky described how in the Rebbe’s personal life, the passing of his wife, the Rebbitzin, was his most trying day. The Rebbe was left personally alone, yet in the moments after the funeral the Rebbe asked for the mail to be checked, so as not to ignore the needs of others reaching him.

Numerous video presentations were played throughout the evening, yet the film which centred on the slain shluchim in Mumbai, India, was particularly heartrending. In it, Rabbi Gabi and his wife Rivka, spoke about their unique work in their Chabad House. In her remarks after the film Mrs. Cohen perhaps best captured who they were by saying, “Gabi, Rivki, you embodied the spirit of shlichus in its purest form.”

Rabbi Yehuda Krinsky, Chairman of Merkos L’inyonei Chinuch, in his message to the shluchos, spoke about the Rebbitzin and how much of a crucial and critical role she played in the Rebbe’s leadership.

In an inspirational and heartfelt Keynote address, Mrs. Sara Kaplan from Tzvas, Israel, spoke of how the Rebbe inspires us to be lamplighters, to light the fires hidden within those around us. How with this fire we melt the light of Indifference and self absorption, and how with every good act we are revealing the fire of g-dliness within that act, ultimately lighting up the world.

As well, Mrs. Kaplan went on to speak about the different challenges she and her husband faced in the early years of their Shlichus, from sleeping in the kitchen during the cold winters, to not communicating with her family for years. Though with all the hardships, she said, “We are the beneficiaries to great blessings.”

The evening came to a grand close with the traditional roll call of Countries and regions which was followed by great applause and dancing. 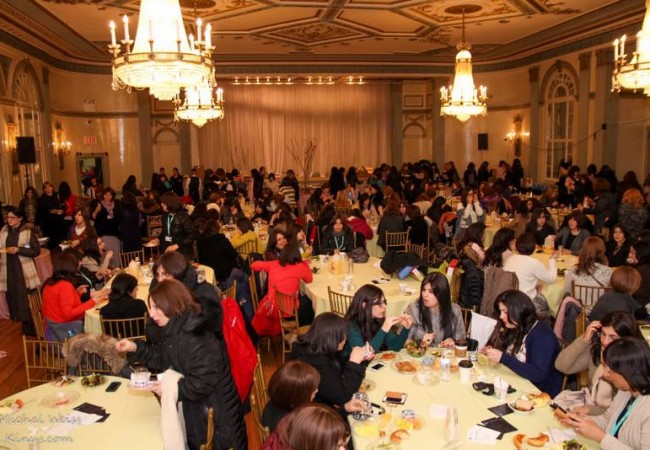 Shluchos Invite Women of Crown Heights
In the spirit of Hakhel, and with tremendous appreciation to…
Picture of the Day
As thousands of shluchos prepare their itineraries for their upcoming… 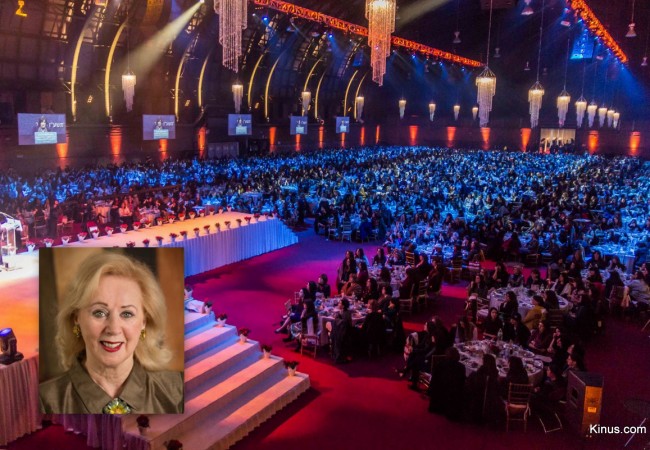