This coming Sunday, Tes Adar, dozens of Shluchim’s children in a various time zones will gather to sing Niggunim, hear a Chassisidishe Maaseh, say L’chaim (on grape juice) and rededicate themselves to their missions as soldiers in Tzivos Hashem. All this, via conference call.

This unique Farbrengen style is one of the latest innovations of MyShliach, an organization dedicated to assisting children of Shluchim. Children are divided into “squads,” who then hold monthly Farbrengens with their squad leader. The calls serve to provide personal guidance and encouragement, as well as allow these children to Farbreng with children their own age.

“At first I wasn’t really sure what to expect,” says Mrs. Leah Lang of Camarillo, California. “But ever since our daughter, Mushka, joined the squad meetings I have been tremendously impressed.” Lang is not alone. The initiative’s quick success has made it one of MyShliach’s most sought after programs.

What began as a pilot project four months ago for just a handful of children, has blossomed into a global network. “We needed to ensure the meetings remained personal,” explains Mrs. Chaya Mushka Moscowitz, MyShliach Assistant Director. “Each squad is a small group, designed to ensure every child participates and is heard from.”

“I must confess,” says Lang, “I listened in on the call. I was amazed by the squad leader’s ability to include all the children and make them feel part of something special.” With such rave reviews, it’s no surprise new squads are being added monthly. “We have plans for a European squad, a South American squad, and many more,” says an enthusiastic Moscowitz.

The phone calls work hand in hand with the Chayolei Tzivos Hashem project. Each child receives daily missions; from learning the daily Chitas and Tanya Baal Peh, to tailor made holiday missions, such as Tes Adar, the day the Frierdiker Rebbe arrived in America. The squad meetings provide a venue for kids to fulfill their tasks together with friends, thus strengthening their resolve, and increasing their excitement.

“In some ways, we act as teachers,” says Shloime Denburg, the first squad leader to join the project. “In the standard Chayolei program, teachers play a primary role. They encourage the children to fulfill the missions, help the kids fill in their task sheets and provide constant support. For Shluchim’s kids, all that falls on their busy parents. As squad leaders, we can help the parents with some these tough tasks.”

“It’s important for children to realize they are part of a family,” says Rabbi Moshe Kotlarsky, of Merkos L’inyonei Chinuch, founder of MyShliach. “The squad meetings tell the kids, ‘You are not alone. There are others out there doing the very same missions as you.’”

“My kids have only one or two frum kids in their class,” says Lang. “The effect the squad meeting has is enormous. Mushka gets the feeling of how grand the Rebbe’s mission is, and she is so much more motivated to do her part.”

Born on Shlichus in Coral Springs, Florida, squad leader Denburg feels a special affinity with the venture. “I’m eager to take these meetings to a whole new level,” he exclaims. “There are many exciting ideas that we will soon be implementing to better the meetings. Our plan is to increase participation, build the relationships between the kids and squad leaders, and help make the program as simple as possible for parents.”

Rabbi Beryl Frankel, Director of Merkos Suite 302 in which MyShliach is housed, takes special pride in the program. “Thanks to our terrific squad leaders, the program has taken off.” Indeed, the program has doubled in each of its four months.

At the current rate, the next Tes Adar Farbrengen will include hundreds of squads. “The question is,” asks Frankel with a large grin, “will we still need squad meetings in Yerusholayim?” 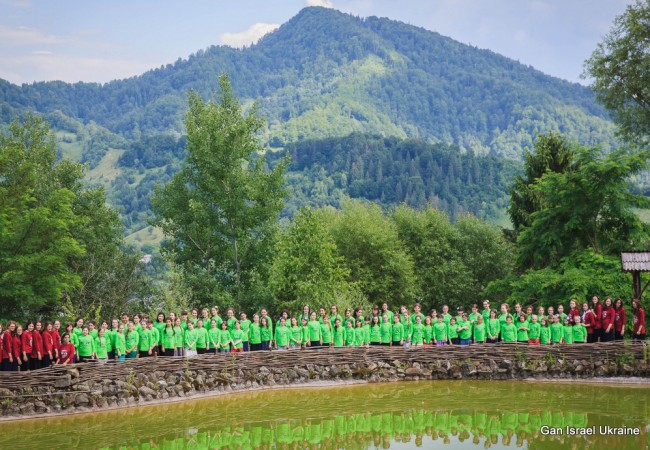 Yaldei Hashluchim Recharge at Mini Camps
Fifty yaldei hashluchim enjoyed a week-long mini-camp at a hotel…
Campers around the world receive a caring message
MyShliach sent care packages of nosh and prizes to…
600 children involved. Have you joined yet?
In memory of Shula Swerdlov, a"h, a beautiful little girl…