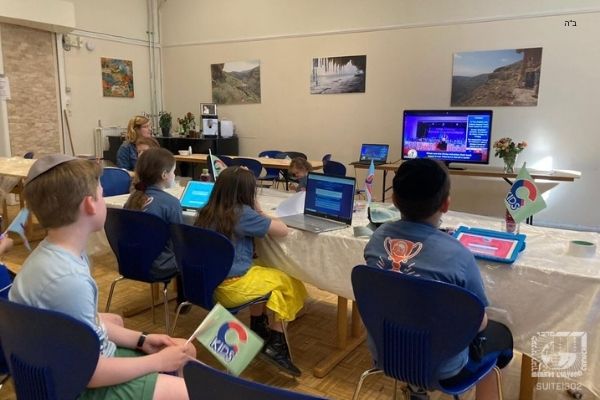 A revolutionary program has opened a new world of building Jewish engagement and learning.

A simple request from Shluchim running Ckids programs worldwide led to the birth of the innovative concept that was debuted in the latest JewQ championship Game Show held this past Sunday.

While the finalists vying for the title of JewQ champion battled it out at the CKids Shabbaton in Pennsylvania, Shluchim wanted a way to continually engage the children who are part of their CKids chapters back at home. This desire led to the development of CKIds Watch Parties that ran simultaneously with the main televised event.

In the 100+ parties organized by Shluchim worldwide, children sat down with kosher food and entertainment as they virtually participated in the Game Show. An interactive version of the live event allowed them to actively join the quiz and test their Jewish knowledge alongside the finalists.

“Creating a sense of community was particularly important to us this year,” explained the director of CKids international, Rabbi Zalmy Loewenthal. “We wanted all children to feel like they could participate, succeed and feel rewarded for their efforts the past year.” From all over the world, children cheered as their representatives on stage displayed their immense knowledge and took pride in their personal efforts as they displayed their knowledge at their local Watch Party

Reports from the Shluchim who organized their own local Watch Parties have been overwhelmingly positive, with many describing the new concept as game-changing. “Who would ever have thought that today’s kids would be excited to take part in a Jewish knowledge quiz on a Sunday morning? We showed that it’s possible!” Rabbi Moshe Kotlarsky, Vice-chairman of Merkos L’Inyonei Chinuch, proudly proclaimed

While undoubtedly glad to have entertainment for their children, parents were most appreciative of CKids ability to inspire their girls and boys to be actively involved in Jewish education. 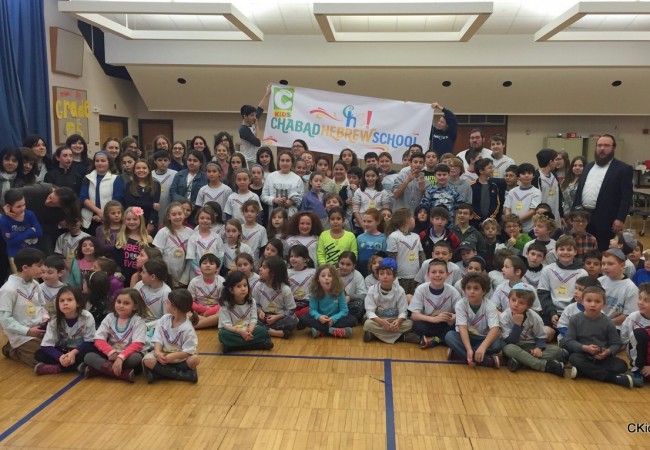 Shmurah Matzah in Ceilandia Sul, Brazil
by Rabbi Yehuda Dukes   A couple of weeks before…

Beyond EuroMaidan: Victory in the Rebbe’s Birthplace
Rafi Martienko, age 21, knew he was Jewish, but had…