Israeli lawmakers convened a panel to discuss ways in which the government could support Chabad-Lubavitch activities overseas.

Coming more than two years after the brutal murder of Rabbi Gavriel and Rivka Holtzberg and four of their guests at their Mumbai, India, Chabad House, the Thursday meeting of members of the Knesset Committee on Immigration and Absorption included Chabad-Lubavitch emissaries around the world.

Speaking to the panel, Jewish Agency chairman Natan Sharansky stressed that funding sources should be identified to help Chabad Houses, many of whom serve large communities of Israeli tourists and expatriates.

“There is nothing in the world like Chabad,” noted Jewish Agency chairman Natan Sharansky. “The recent earthquake in New Zealand is a good example. One of the first things we did when that happened, and we were trying to figure out where our people were, was to call the Chabad emissary there.”

In many ways, Chabad Houses provided a link between travelling Israelis and their home country, he reminded the committee.

“There are 100,000 Israeli soldiers every year wandering the world after their army service,” he said. “Chabad helps us keep track of them,” provides them with resources, encourages them to return home and helps them to hang on their Jewish identities.

“There are many places in the world that we do not have the resources to reach or maintain on our own,” continued Sharansky, “but Chabad exists there, like the college campuses in the United States.”

Pointing out that campus emissaries and their students are on the front lines of anti-Semitism and anti-Israel sentiment, Sharansky asserted that an investment in Chabad Houses represented an investment in the Jewish future.

“We must ensure that we don’t have to renew this struggle afresh every year,” he said.

Russian Chief Rabbi Berel Lazar testified that although the public hears most about Israelis getting in touch with Chabad Houses overseas following natural disasters, the network of such institutions serves – in addition to their vital roles in fueling Jewish education and pride among local community members – as a touchstone for Jewish travelers looking for kosher food, a way to call home, or even to find a place to stay.

The government should be willing to fund Chabad’s activities, he contended, because they are indirectly performing foreign-service activities on behalf of Israel.

Rabbi Nechemia Wilhelm, director of Chabad of Bangkok, concurred, adding that the expense of securing Chabad Houses hosting Israeli travelers falls upon the shoulders of the Chabad-Lubavitch movement.

Committee chairman Danny Danon of the Likud Party also had high praise for Chabad, adding that “every Jew in any remote part of the world knows that he will have a place to be for the Sabbath and the holidays.”

Danon called on Religious Affairs Minister Yaakov Margi to prepare a proposal to determine criteria with which to provide funding for security and education expenses at Chabad institutions. He recommended that the committee reconvene in three months’ time, telling members: “We are not helping [just] Chabad; we are all emissaries, and we are all engaged in these activities.”

Rabbi Moshe Kotlarsky, vice chairman of Merkos L’Inyonei Chinuch, the educational arm of Chabad-Lubavitch, told the committee that it was “gratifying to see the concern” of legislators.

“I’d like to also remind you,” he added, “that there are Chabad institutions here in Israel as well that also are working hard to serve Israeli Jews.” 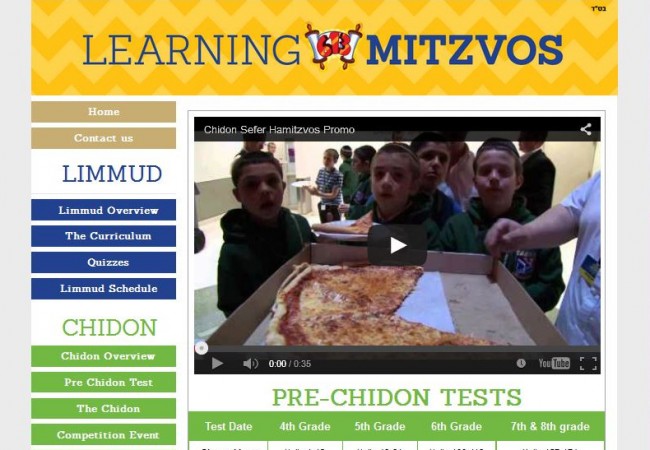 Merkos and Tzivos Hashem Launch New Chidon Website
Hundreds of students across the globe are busy studying for…
VIDEO: Taking Shlichus to a new level!
Project Ignite is a project of Merkos suite 302,  that…