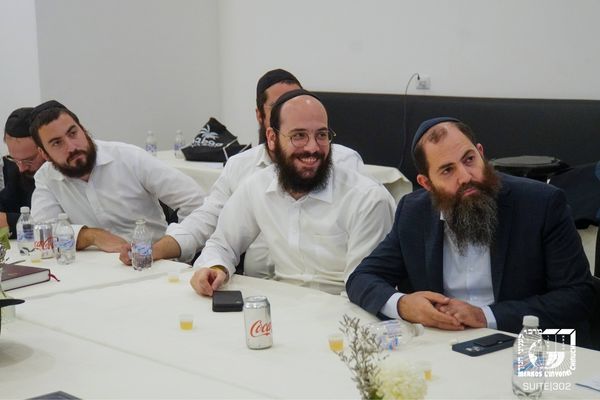 For many, the city of Cancun conjures an image of sand, sea and great weather. What is not as well known is that Cancun is home to a thriving Chabad Center led by Rabbi Mendel and Rochel Druk, servicing local Jews and tourists who frequent the Mexican resort town.

But earlier this month, the center hosted a whole new group of visitors, when a Kinus HaShluchim was held within its walls.

The Shluchim, who lead emerging Jewish Communities across Mexico and the Caribbean Region, traveled long distances to inspire and be inspired, share and learn, and spend time with their fellow Shluchim.

The Shluchim were joined by Rabbi Moshe Kotlarsky, vice-chairman of Merkos L’inyonei Chinuch, Rabbi Mendy Kotlarsky of Merkos 302, and Rabbi Mordechai Farkash, Shliach and Rav in Bellevue, WA, and mentor to many Shluchim.

Over two and a half days, the Shluchim davened and learned together, enjoyed shiurim and workshops, and mainly spent the time farbrenging with each other, gathering strength for their shlichus over the coming year.

The central theme of the Kinus was inspired by a 1984 letter of the Rebbe responding to an individual who had written describing himself as “a small Jew from Curacao.” Reminding the writer that every Jew possesses a ‘Nefesh Elokis,’ the Rebbe writes that “…there is no such thing as a ‘small Jew’ and a Jew must never underestimate his or her tremendous potential.”

For the Shluchim servicing the Caribbean Islands, these words are a potent expression of their mission. They set out to these islands, many of which did not have any Jewish infrastructure previously, to bring Yiddishkeit to each and every Jew, no matter how isolated they might be. They set out to build Chabad Houses, schools, and Mikvaos in each location, recognizing that while the local Jewish population might be limited, the potential of each Jew is limitless.

The growth and success of the Shluchim in the Caribbean is unprecedented. Rabbi Mendel and Rochi Zarchi founded the first permanent Caribbean Chabad center in Puerto Rico in 1999, and today are witnessing an incredible Jewish revival and renaissance across the region with thriving Jewish communal infrastructure serving the growing Jewish population and many visitors in this historic region.

“Just seeing the locations where the Shluchim were arriving from was already an inspiration,”  said Rabbi Moshe Chanowitz, shliach to S. Maarten, “making sure that every Jew is accounted for.”

The Kinus began on Tuesday with a welcome and check-in, followed by a joint study of the Rebbe’s teachings regarding shlichus. The rest of the afternoon was utilized for sessions on successful management and security.

When evening fell, the Shluchim gathered for dinner and a roundtable discussion, sharing details about themselves and their shlichus, each with its unique opportunities and challenges. The night concluded with a farbrengen with Rabbi Farkash, which continued until the wee hours of the morning.

The next day began with a shiur Chassidus, shacharis and breakfast. The official opening of the kinus was then held, addressed by Rabbi Kotlarsky and Rabbi Mendel Zarchi. A shiur by Rabbi Farkash followed, tackling critical issues facing contemporary rabbis and the Rebbe’s approach to making Yiddishkeit more accessible and welcoming to every Jew.

After the customary group photo and lunch, the Shluchim once again began sharing their personal experiences in a roundtable-style conversation, which quickly evolved into an hour-long discussion that lasted the entire afternoon. Each shliach was given a chance to speak and share in what one of the participants called “a continuous farbrengen.”

Evening brought the gala banquet, emceed by Rabbi Berel Pewzner and addressed by Rabbi Mendel Druk, the host Shliach. Members of the local Jewish Community of Cancun and Playa Del Carmen joined and addressed the Shluchim, sharing the Rebbe’s Shluchim’s impact on their personal lives.

The banquet was followed once again by a farbrengen, which seamlessly continued from the afternoon. With their singular experiences, yet with so much in common, the Shluchim related stories, anecdotes, vertelach and inspiration from their shlichus, sharing their challenges and triumphs, with the pervading theme of “Ashreinu mah tov Chelkeinu,” how fortunate we are to be the Rebbe’s Shluchim in the final frontier to bring Moshiach.

The Kinus concluded the following morning after Chassidus, shacharis and a tour of local mosdos, after which, each shliach departed back to their makom hashlichus, returning encouraged and energized to continue their holy mission to proclaim that there is “no such a thing as a small Jew!” 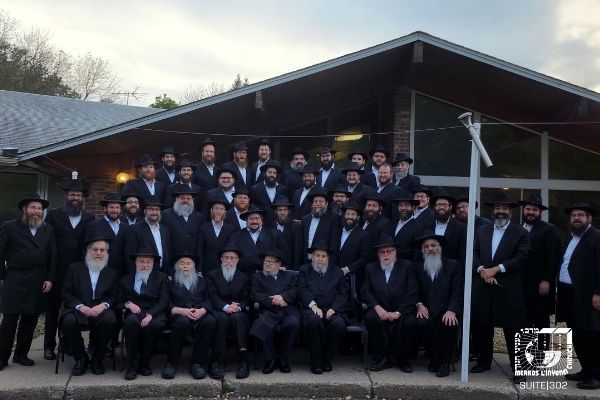 Photo of the Day
Over 50 Shluchim from 10 states have gathered to connect…
Chief Rabbi Sacks to Address Annual Kinus
The Vaad HaKinus is pleased to announce that Chief Rabbi…
Gallery: Mid-West Shluchim Gather in Milwaukee, WI
With Shabbos Parshas Ki Seitzei on the horizon, dozens of…