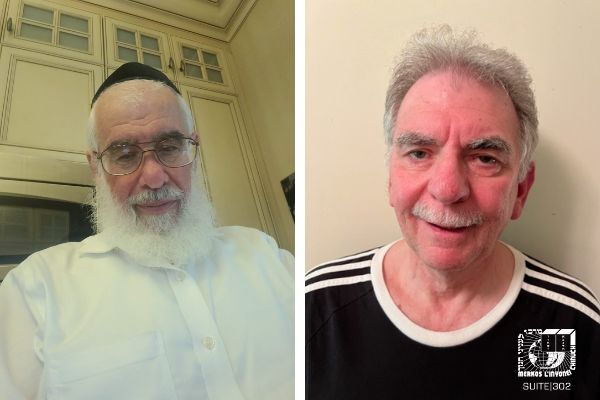 When I was a kid, my grandparents lived with us. We kept a kosher home for them, and I went to a Jewish school. I learned to read and write in Hebrew, and I studied Torah. Even in college, I would say the Shema every night with a yarmulke on!

Thanks to this upbringing, reading Hebrew never left me—I also learned Yiddish from my grandparents.

Until recently, I was a Jewish believer in Christianity. I became a believer in 1984 under a Methodist minister. He moved away in 1994, and for the next 18 years I studied with a Christian friend and listened to Christian radio. In 2012 joined a messianic congregation and was active with them for the next nine years.

At that congregation, I taught a class for Christians called “Sharing the Messiah with the Jewish people.”

Last year, a Jewish friend of mine started talking to me about the discrepancies in the Christian version of the Bible. At first, I didn’t want to hear him—but then I started digging around and searching. I read different books and watched various videos trying to understand the truth. (When I would be reading the Christian Bible, I noticed that some of the commentaries seemed antisemitic; but I ignored it completely)

My friend told me what websites to go on for more information, so I began reading articles and watching videos by Rabbi Tovia Singer of Outreach Judaism and Rabbi Kravitz of Jews for Judaism. They showed me that God is not a man but rather an all-powerful entity who created all things. This proved to me that my previous beliefs were mistaken.

I would go on a Christian website and compare what I was learning to what was said in the Christian Bible. What I found was anything but the truth.

Finally, I came to the conclusion that my friend was right: Hashem is the only God of Abraham Isaac and Jacob.

I threw out all my bibles and erased that experience from my life. Being that I was so heavily involved with this congregation, it was a huge shock for me to find out the truth.

I met a Rabbi from Chabad who gave me a siddur and mezuzos. He even purchased a pair of tefillin for me which I put on every morning. I am a Levite and I now go to Chabad every Thursday and get called to the Torah.

When my son was eight years old, I started teaching him about Christianity. He was a very devout Christian, and he studied his Bible daily. For over a year, I never told him what I had found out. Recently, I took a walk with him and apologized to him for what I had taught him. I told him about my journey and how I had  found the real truth about G-D, Christianity and the Bible

He asked me many questions, and I was able to answer them. I showed him all the problems with Christianity, and I told him not to just believe me; rather, he should see it in the Torah.

He is now reading the Torah with Rashi on Chabad.org

I had been away for a long time, and at my friend’s recommendation I joined JNet and was set up with my partner David.

David is a very nice man with a wonderful family of good Jewish people.  He has sent me some of his Son’s (a Rabbi) encouraging messages, and I have learned a lot from them and from David himself—he is an educated man! David answered a lot of questions that I had. I enjoy his company very much; he has a good sense of humor and I like getting to know him better. It has been a very good learning experience for me.

I have learned a lot from David and his life experiences. He’s helping me understand more about being Jewish. Even when I was learning at the messianic congregation, there were times when I never really felt Jewish, I felt there was always something missing in my life, and I couldn’t figure out why; but now I know that it was because I was missing the proper understanding of who G-d is.

David has learned a lot about me and my background. We have a great relationship. I have learned so much from him about Moshiach and about what the world will be like when he comes. David has also helped me put my Tefillin on in the proper way.

One thing that I would like to tell all the JNet members; make sure that your partner is a proper match. See if the person that you are speaking with can help you as much as you help them. It’s a relationship that will grow, but needs to blossom in the beginning. JNet is a wonderful organization and I recommend it to everyone who wants to know more about the Torah way. 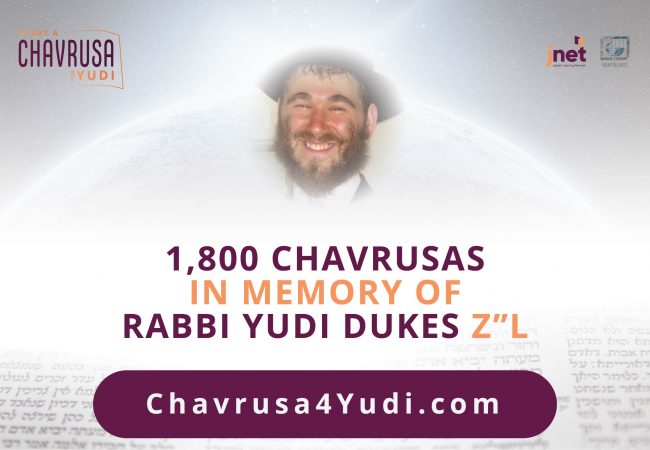 1,800 Chavrusas in honor of Yudi Dukes
Jnet is launching a global campaign in honor of the…
VIDEO: JNet Match-a-Thon
On Monday, December 15th there will be a very special…