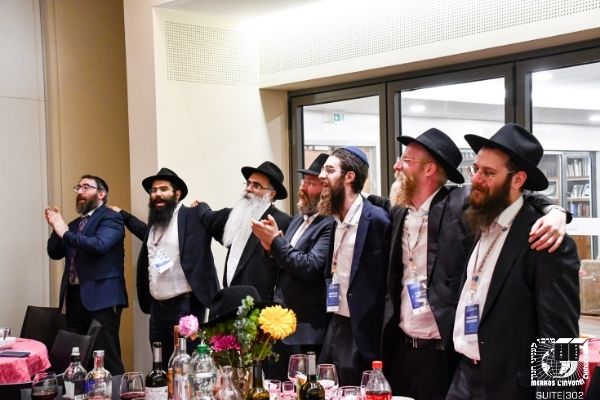 Three days of sessions, networking, and farbrenging came to a close with a grand banquet, the culmination of the regional Kinus for Shluchim serving smaller Jewish communities throughout Europe and Africa. The Shluchim and Shluchos gathered with their families in Lisbon – Cascais, Portugal, for the annual Kinus.

Rabbi Eli Rosenfeld of Chabad Portugal emceed the event. Opening the evening, Rabbi Zalman Lent of Chabad of Ireland led the Shluchim in reciting the Rebbe’s Kapital. A beautiful Dvar Torah was delivered by Rabbi Laima Barber of Chabad Mauritius. Rabbi Moshe Kotlarsky, Vice-Chairman of Merkos L’Inyonei Chinuch, addressed the crowd, stressing the value of strong relationships between Shluchim, specifically those that share similar styles of Shlichus and situations. Rabbi Noach Majesky of Chabad Ghana delivered a captivating keynote address, sharing inspiration and motivation with his fellow Shluchim. A local community member spoke passionately about his experiences with Chabad’s work locally and worldwide.

Hosted by local Shliach Rabbi Eli and Raizel Rosenfeld and Rabbi Haim and Hannah Chettrit of Rohr Chabad Portugal, the Kinus was held at the newly built – Avner Cohen Casa Chabad. Shluchim and Shluchos spent the time in sessions and conversations covering a variety of subjects. Discussions focused on issues pertaining to their unique Shlichus, such as difficulties that arise when dealing with tourists and finding ways to balance local and international ba’alei battim. Topics such as Chinuch, budgeting, and self-care were also covered.

Much of the time was spent learning Torah, with many Shiurim delivered by various Shluchim. A Kinus Torah was held, featuring a lineup of ten different Shluchim sharing Torah ideas. Both nights of the Kinus, Shluchim were found farbrenging until the wee hours of the morning.

“These regional Kinusim are especially powerful and important for Shluchim in remote locations, isolated from broader Jewish communities and other Shluchim. For them to come together to farbreng, exchange ideas, and be mechazek one another, is so meaningful,” said Rabbi Kotlarsky.

One incredibly moving session, dubbed ‘Tshua B’rov Yoetz,’ gave every Shliach the chance to speak for five minutes and share a story of how they overcame challenges relating to their Shlichus or personal lives.

The Kinus also highlighted the resurgence of Yiddishkeit in Portugal, once a place where Jews were persecuted and expelled by the inquisition. Shluchim were thoroughly impressed and inspired by the revitalizing work of the local Shluchim. Jewish life is now thriving. A beautiful Chabad House was recently built to meet the growing community’s needs with over 250 people attending this year’s Pesach Seder. Many locals came to visit the Shluchim throughout the week, they were excited to hear that Portugal was hosting a conference of Jewish leaders from tens of countries and wanted to see it for themselves.

Highlighting the symbolism of the Kinus being held in Portugal, the location where the Rebbe and Rebbetzin escaped Nazi-occupied Europe, Rabbi Rosenfeld emphasized, “This gathering isn’t just about celebrating the resurgence of Jewish life in Portugal. It’s about the Rebbe’s vision for the world and how that vision is being realized more and more every day.” 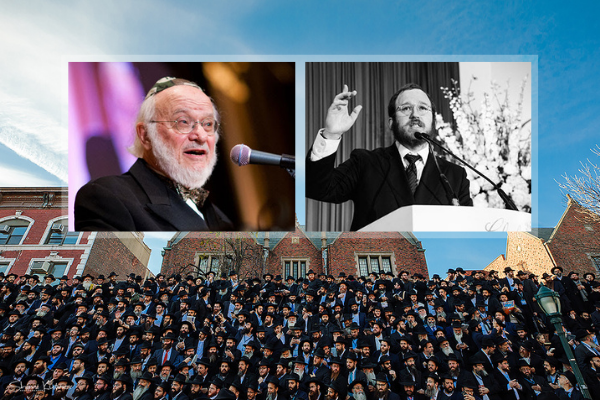 NYC Law Enforcement Getting Ready For the Kinus
Last week, representative of NYC law enforcement agencies along with members of Vaad Hakinus… 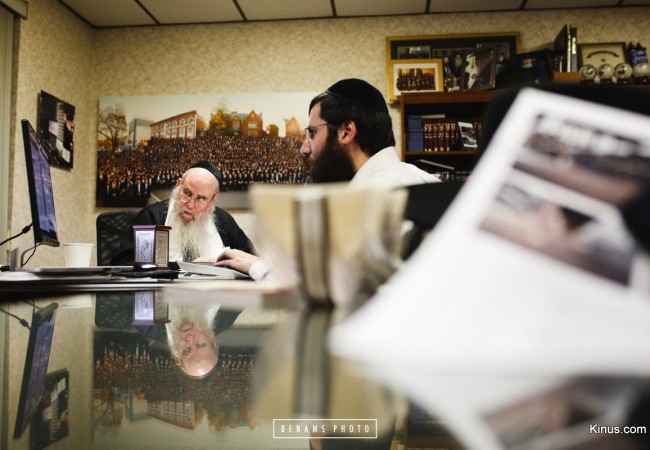