“Don’t shoot me, Rabbi!” cried Zack, before cracking a smile and ducking for cover. Zack was one of 175 teens Representing 20 Chabad Houses in Tri-state area who joined CTeen’s second annual regional end of year paintball shooting trip this past Sunday.

“These regional events inspire the teens to be more involved at their local Chabad Houses and in Yiddishkeit in general,” Merkos L’Inyonei Chinuch’s Rabbi Moshe Kotlarsky explains. “Bringing them together like this, to have fun and work together as a team, opens doors to future collaborations which cross community borders. There is no telling what teens can accomplish when they unite.”

On the same day, Rabbi Dovid Weinbaum of the Montreal Torah Center coordinated Canada’s first regional CTeen event, with 50 participants from five Chabad Houses – some from afar afield as Ottawa.

“I joined CTeen to fulfill my school’s community service hour requirements,” said participating teen Adam Edery. “I never imagined it would be such an inspiring, meaningful and fun experience.”

The burgers and paintballs were illuminated by many moments of inspiration.

“More than 100 boys put on Tefillin, five for the first time in their lives,” said Rabbi Mendel Perlstein, director of CTeen Central. “Shluchim shared divrei Torah and a teen got up to express the importance of unity during the days of sefira, and how much he loves CTeen.”

“The teens were amazed by it all,” affirms Rabbi Eli Kornfeld of Chabad of Hunterdon County, NJ. “This opens up a whole new social network. They are able to forge new Jewish friendships, something they don’t have at home. It’s incredible.”

CTeen Central’s event coordinator, Rabbi Shimon Rivkin, said that both Shluchim and teens had just one question: “When are we doing this again?” 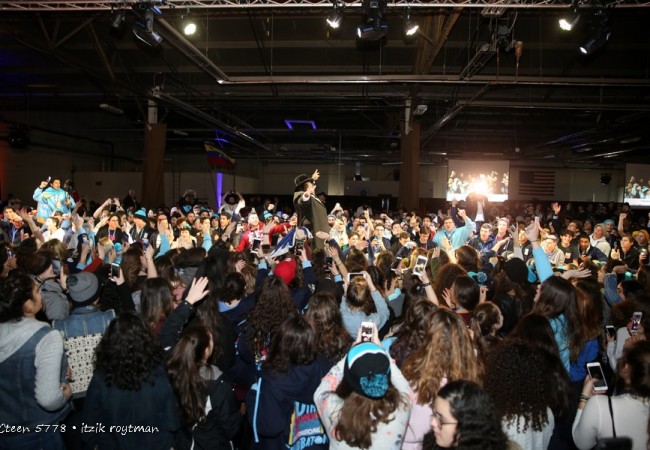 Over 2,000 Jewish Teens at Havadalah in Times Square
Following a spiritually uplifting Shabbos in Crown Heights, some 2000… 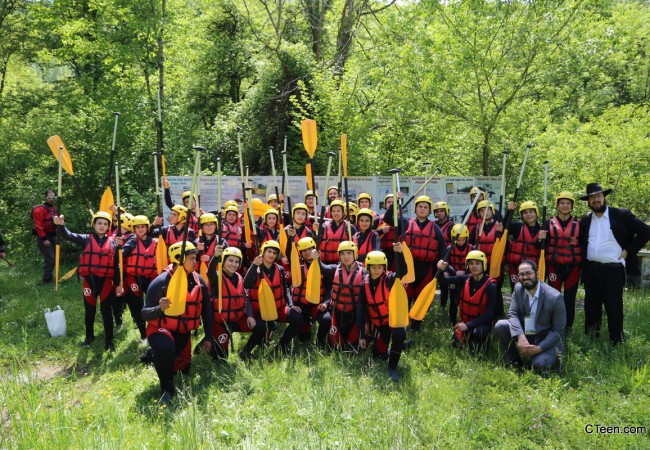