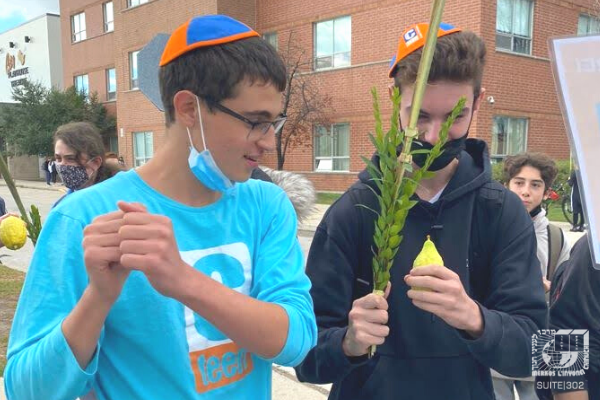 Over the last six months, as cities and countries around the world faced closures and lockdowns, CTeen International has added thirty new chapters to its network. In places from Hong Kong to Johannesburg, the United Arab Emirates to Istanbul, and The Hague to Malmo, the new chapters vary in size, but all bring CTeen’s signature blend of Jewish pride, education, and community.

“To see such growth at a time of constriction is a testament to the fortitude and commitment of the Shluchim,” says Rabbi Mendy Kotlarsky, Vice Chairman of CTeen and Executive Director of Merkos 302.

While many organizations either closed down their programs altogether, or moved to skeleton virtual programs, CTeen chapters and CTeen International upped their game. They secured a grant from Keren Meromim to establish chapters in ten new cities and provided resources for existing chapters to add covid-safe events, either virtually or in-person where allowed, to their already packed schedules. New initiatives were added to offer friendship and support for teens now secluded away from their usual social activities and the offline peer interaction that is a foundation of life for healthy teens. Teens were encouraged to organize humanitarian activities to reach out to others in their communities, giving them a focus and purpose during trying times. Empowered by their chapter leaders, they distributed tablets to seniors and hosted Zoom events for them, raised money for those who had lost their jobs, and distributed packages for Thanksgiving and Yomim Tovim.

CTeen International mailed customized care packages to their shluchim to distribute to teens, giving shluchim an easy way to let the teens know they cared. A bi-weekly newsletter with scratch-off gift cards enclosed, was mailed to all CTeen participants, with their shliach’s return address, encouraging them to reach out and stay in touch. In February 2020, CTeen held a virtual iteration of their annual much anticipated Shabbaton. Ten thousand teens joined the Uplyft weekend, which was streamed live from Brooklyn and cities around the world. Some chapters gathered locally to participate as a group, at others teens tuned in from home.

All these efforts by the Shluchim were especially important as experts began to report a rise in mental health issues in the teen population and other dire effects that came from teens being away from their usual support systems and peer interactions. “Especially in the wake of covid, teens are hyper-dependent on technology for social feedback, we feel it’s important to get them off their phones and connect with them in person,” says Rabbi Avremi Baron, director of Kansas City’s brand new CTeen chapter, KCTeen. When Rabbi Avremi and Mushky arrived in Kansas City in late summer, as one of the thirty couples who set out to open new CTeen chapters, they came with this focus, “Whatever is going on in the world, our job is to stay true to our mission of bringing Jewish pride, education, and engagement to Jewish teens in whichever way addresses the needs of the moment.”

KCTeen got an instant positive welcome, with one hundred teens expressing interest in the first weeks. Their first program, decorating and distributing cookies for seniors, will be held before Chanukah.

Across the world in the United Arab Emirates, UAE Shliach Rabbi Levi Duchman enlisted the help of Rabbi Eli Chitrik, who arrived last spring to open CTeen Dubai. More than twenty teens have joined CTeen programs in the months since, and Rabbi Levi says there is a strong and growing Jewish teen leadership among the participants. “Originally we had to push teens to try out something new, now they are coming to us with ideas of how we can expand.”

In a country that is home to citizens of approximately 200 nationalities where there are hundreds of Jews but no Jewish schools, Rabbi Levi sees tremendous potential for a Jewish teen movement, especially CTeen. “Most, if not all of our teens are the only Jewish kid in their class or school, which means at CTeen they could be meeting their first Jewish friend. The pride and education they gain at our programs empowers them to stand strong in their identity and educate their classmates, many who hail from countries where there are no known Jews, about what it means to be a Jew.”

These thirty new shluchim bring the total number of CTeen chapters to a record 630 chapters in 44 countries on 6 continents. Whether they are stationed in a distant city with only a few Jews like The Hague in Holland, or an already thriving Jewish community like Johannesburg, South Africa, the shluchim are bringing CTeen’s signature fusion of fun, friendship, authentic Torah courses, and social development to Jewish teens that their colleagues have already successfully implemented over the last decade. With Mitzvah opportunities, leadership training, peer-to-peer support, and mentoring, Jewish teens of all backgrounds are being given the opportunity to access the Torah and Mitzvos that are their birthright and tap into their Jewish soul in a way that empowers them to be a light to themselves, their families and their peers. 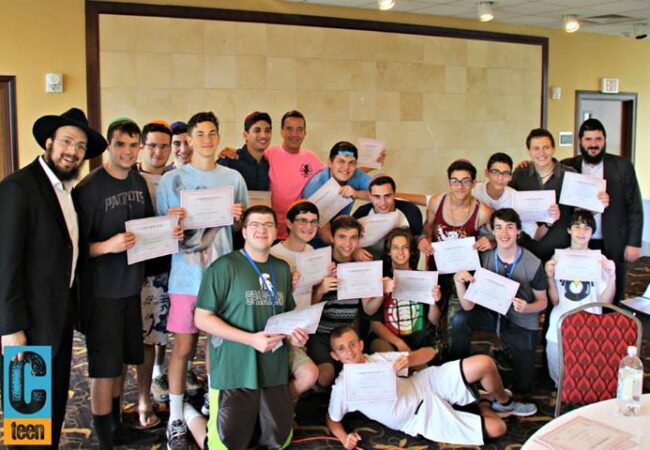 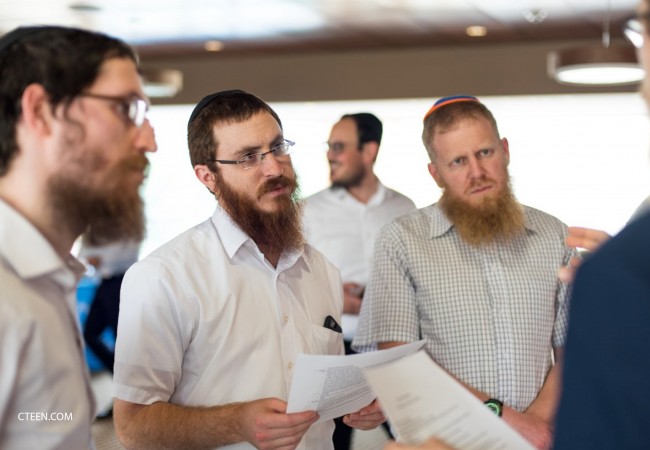 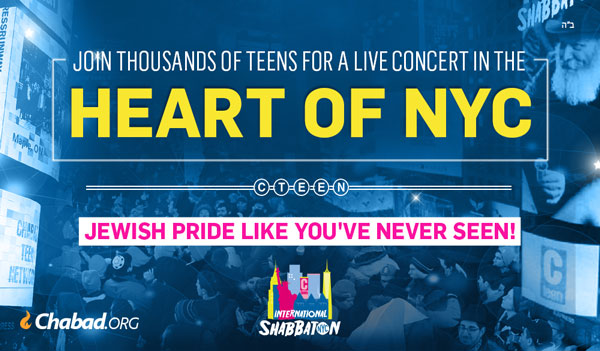 Tune in Motzei Shabbos: Jewish Pride Like You’ve Never Seen!
Watch over 2,500 teens from 400 cities as they celebrate…