The Second Annual CTeen Kinus recently took place in Bushkill, PA. For the thirty-six couples in attendance from around the world, the Kinus was a chance for them to gain inspiration, insight, and chizuk about their goals as shluchim.

The Kinus, which ran from Thursday afternoon to Sunday afternoon, kept the Shluchim busy throughout.  From workshops on CTeen recruitment, to lectures on making the most out of working with other shluchim, the shluchim gained fresh new approaches to make their CTeen chapters more engaging, enlightening, and exciting, not only for the teens, but for themselves as well.

For many Shluchim, the Kinus was a chance to reconnect with fellow shluchim and give each other chizuk and advice for the year ahead. Shluchim also participated in lively farbrengens throughout the weekend, run by Rabbi Shai Taub for the shluchim and Mrs. Rivky Slonim for the shluchos.

Learning sessions such as Sicha b’Chavrusa and early morning Tanya classes were also included in the jam-packed program. “It was so nice to spend time with other shluchim and be able to focus on just CTeen,” said Mrs. Mushka Friedman, shlucha to Conejo Valley, California. “Having a couple of months of “experience” I found this kinus especially helpful because I was able to take all the info and connect it to something somewhat tangible. We are excited to return home and get to work!”

The highlight of this year’s Kinus was the inclusion of the ten new shluchim who are being sent out to run CTeen chapters all over the world. A new track of sessions was designed specifically for these shluchim, who will be marching out into cities such as Tarzana, CA, Milan, Italy, Fairfield, CT, Brisbane, Australia, Manchester, England, and more.

Track programs included workshops on how to develop a CTeen Chapter, how to create a powerful leadership board, and how to best handle conflict within and outside of their CTeen chapter. Many of these new shluchim walked away with an abundance of material and tips that will help make their transition into shlichus a smooth one.

As Shaina Zibell, new Shlucha to Orlando, Florida shared:  “Being with all those other shluchim, both new and experienced, and attending those workshops was so helpful in giving us an idea of what is to come. Instead of feeling overwhelmed and alone, we both now feel we have an idea of how to start, and we know many people to turn to for support and ideas.” As her husband, Rabbi Nissan Zibelladded: “It was the perfect way to kick off our Shlichus.” In addition to the hands on classes with new shluchim, each shliach had a chance to speak to Rabbi Moshe Kotlarsky one on one about their visions for the year ahead, giving them further strength to go forth with their new journeys.

During one of the ‘new shluchim’ designated sessions called “Learning to Love Conflict” Rabbi Hesh Epstein highlighted some of the ways for new shluchim to proactively handle conflicts that may arise. “Conflict is really an opportunity for growth, and that it’s better to address the conflict, whatever it may be, than avoid it,” Rabbi Epstein shared during the session.

During the session the shluchim learned hands on techniques for handling conflict efficiently and smoothly. Additionally, another workshop called ‘The ABC of CTeen’ gave new shluchim the opportunity to speak to seasoned shluchim; they were given tips and tools about how CTeen works to help them make the most of their first year.

“Teens are very vulnerable,” Rabbi Goldin explained during the session. “We addressed so many different aspects of CTeen during this session, and I think that the new shluchim really came away with a better understanding of what CTeen is all about. They really understood why it’s so important to work with teens in the first place. It’s all about the relationship—once you have a solid relationship with teens, and give them the emes that they really want, the rest will fall into place.”

As the Kinus came to a close on Sunday afternoon, the shluchim got together one last time at a celebratory lunch, where they were joined by the teens that participated in the CTeen Leadership Retreat which was hosted in the same venue. Shluchim and teens shared stories and their thoughts from the weekend, leaving every person feeling refreshed and ready for the year ahead.

“Every detail was so well planned out, all of the workshops were so well prepared,” said Rabbi Yaakov Abayov from Queens, New York at the end of the Kinus. “I learned so much this weekend. My wife and I felt very privileged to have joined the Kinus, and are very proud to be part of CTeen.”

The sentiment that he shared could be felt by all of the shluchim as they prepared to depart and return to their hometowns: Pride in their work, and gratitude in having the opportunity to make a difference in the lives of so many teens. “I cannot wait to take what I learned here and implement it in my chapter,” one of the shluchos shared. “I have no doubt that what I learned here will go a long way. I feel like the things I gained from this experience will stay with me for a very long time.” 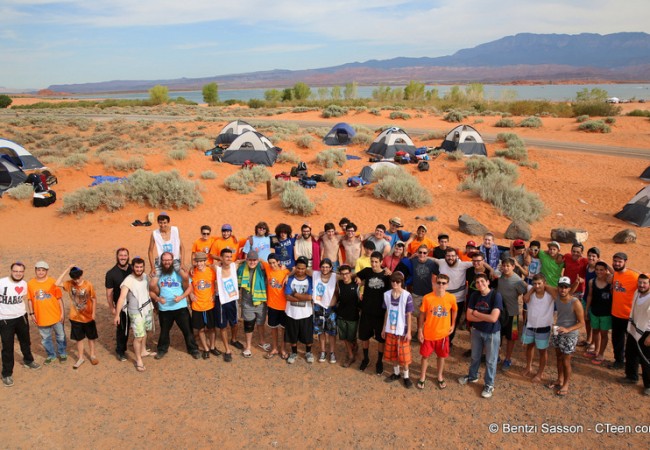 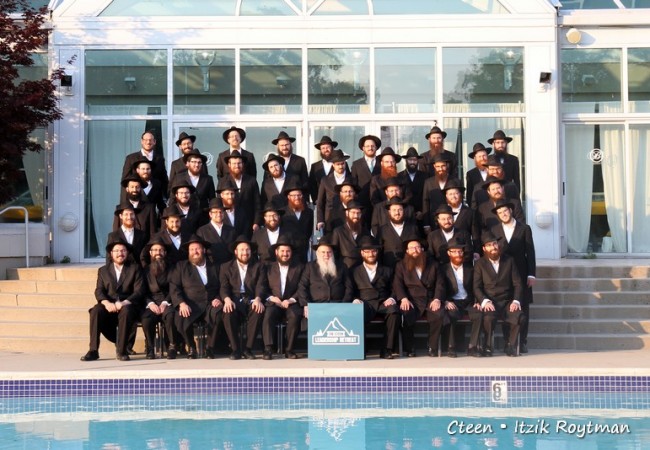 Sold Out Crowd at CTeen Kinus
Teen leaders, shluchim, shluchos, and their children from around the…
Six Weeks Later, Teens Still Feel Empowered
A Purim party is being arranged in Wilmette, IL by…