Chanukah, the festival of lights, was made a bit brighter on Thursday night at the third annual CTeen Jewish Heritage Night at the Brooklyn Barclays Center. Thousands of people—with many of them being Jewish teens who attended with the 36 CTeen chapters from the tri-state area—packed the seats of the Brooklyn’s premier sports stadium and were treated to a star studded event that featured acclaimed Jewish superstar Yoni Z, a Rabbis vs. teens halftime game, and of course, the lighting of the famous Basketball menorah.

Teens were treated to extra perks throughout the game including on court ball delivery, pre-game national anthem buddies, and a halftime game against their CTeen chapter Rabbis.

The Nets game was on one of at least 17 professional sports teams around North America to host Chanukah menorah-lightings and parties this year. The event was not just about the fun and celebration of Chanukah; for many of those in attendance, this event was a symbol of hope during trying times.

“This basketball game was an opportunity; an opportunity to embrace Judaism and to look the public in the eye and say, “Judaism is where it’s at,” said Gabrielle Sharbin from Fairfield, Connecticut.

Lighting large menorahs in public places, including at sports arenas and stadiums, is a part of the Chanukah campaign set into motion in 1973 by the Lubavitcher Rebbe—Rabbi Menachem M. Schneerson, of righteous memory.

“The Lubavitcher Rebbe urged us to publicly spread the message of Chanukah,” shared Rabbi Mendy Kotlarsky, the vice chairman of CTeen. “Where else can we do this better than at a sold-out basketball game?”

The high energy event included Chanukah greetings from Nets players during the game, an abundance of Kosher food, and an overwhelming sense of Jewish pride that impacted every audience member. During a time when the world is filled with so much darkness, this event was an opportunity to shine a bright light on the miracles that surround us every day.

“The real miracle of Chanukah was this event,” shared Corine Dahan from Teaneck. “The fact that we’re here, in Brooklyn, with thousands of other Jews, lighting a menorah during a basketball game? It doesn’t get any better than this.”

For those who missed on on Thursday event, another Jewish Heritage Night has been planned for Sunday, December 13. The New York Islanders hockey team will face off with CTeen for the first time to host their own Jewish Heritage Night. The Islanders—who are in the midst of their first season playing at the Barclays Center—will offer CTeen members the chance to take part in the pre-game “high-five” lines and rides on the Zamboni machine. 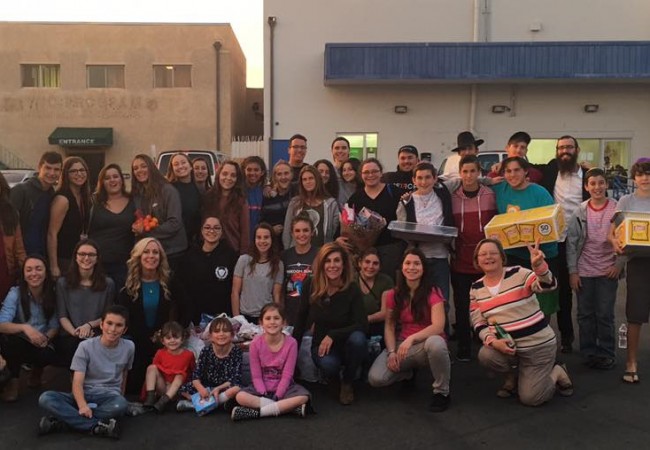 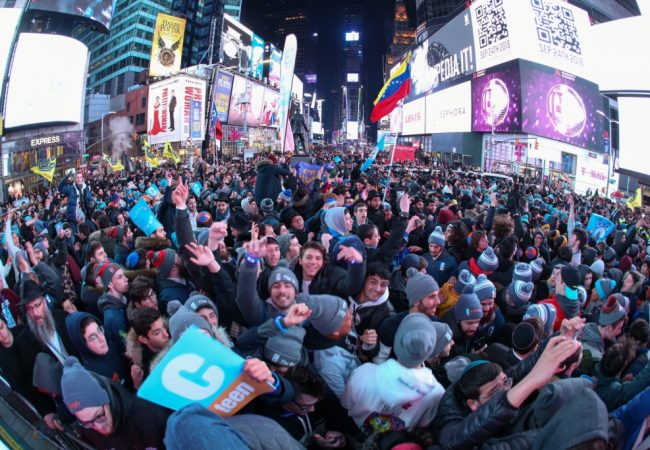 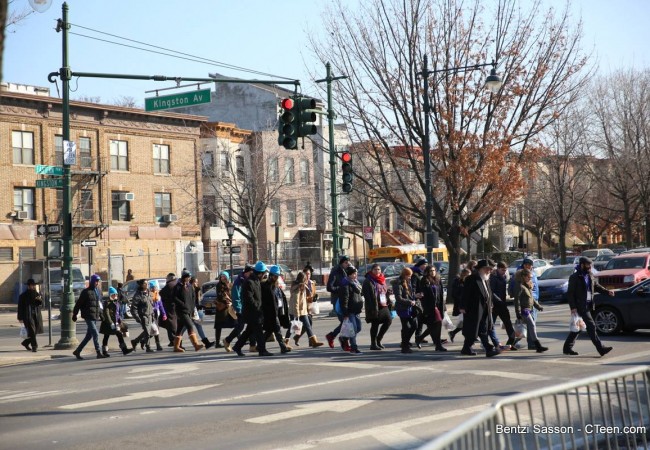 CTeen Vaad Votes to Keep Shabbaton In Crown Heights
“To stay or to go?” was the question that puzzled…