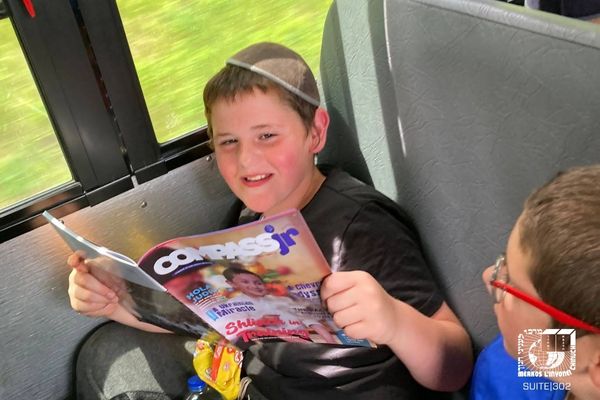 Thousands of children in Chabad overnight camps worldwide woke up to the highly anticipated second edition of the Compass Junior magazine. As a complementary gift from MyShliach, copies of this innovative children’s magazine, usually exclusive to Young Shluchim, were distributed to all children in Chabad overnight camps; giving every camper a glimpse into life as a young child growing up on Shlichus.

The magazine is brimming with fascinating stories and interesting tidbits ranging from public speaking tips to a behind-the-scenes tour of the famous Roeber’s leather factory. Other features include an explanation on what makes something Glatt Kosher and where the cocoa in Schmerling’s chocolate comes from. Compass Junior also features various fun activities such as games, trivia, puzzles, and recipes. In this edition, the Creativity Contest Corner displays young Shluchim’s artwork depicting their experiences on Shlichus. Together, the articles comprise more than eighty pages of healthy, productive fun.

Rabbi Mendy Shanowitz, director of MyShliach says, “with the Compass Jr we try to create a broad range of diverse topics and activities that both entertain, educate and inspire the young Shluchim, creating a balanced smorgasbord of quality content that is relevant to their unique lives and roles on Shlichus.”

The issue’s central theme focuses on various Shluchim throughout history, beginning with Avraham Avinu—proprietor of the world’s first Chabad House. With that in mind, Mendel Lipskier of Compass Jr. traveled to Chevron, where Avraham Avinu is buried, to learn more about the history of this holy city.

Mendel joined forces with Saadia Hershkop—a local tour guide—to go on an exciting adventure, starting in the Arab section of Chevron and culminating in an inspirational visit to the Meoras Hamachpeilah. They examined ancient artifacts and felt themselves walking in the shoes of generations past. In Lipskier’s words, “It is really incredible to be in a place like Chevron, where every corner has a rich history from different time periods. You are thrown into an entirely different story at each place you visit.” They relived these old stories and gained a new appreciation for the holy city of Chevron.

As the first Shliach, Avraham Avinu may have endured plenty, but many generations later, the Frierdiker Rebbe faced a separate set of challenges unique to his generation. As Communism threatened to destroy all traces of Yiddishkeit in the Soviet Union, the Frierdiker Rebbe vowed to send Shluchim all over the country. Their mission was to strengthen Yiddishkeit at all costs. The Chassidim, however, were afraid and expressed as much to the Frierdiker Rebbe. How did the Frierdiker Rebbe fortify his Chassidim against their fears? How did children react to spending their formative years on the run? What sort of mesiras nefesh were they willing to endure? Children worldwide discovered the answers to these questions in a riveting article in their beloved Compass Jr.

Finally, readers discovered what Shlichus is like when you live on an island in the Caribbean. Rabbi Avremel Silverberg of the Compass Jr team, traveled to Puerto Rico, where he interviewed Ari Zarchi, a twelve-year-old Shliach living in San Juan. Ari spoke about life on the island, what it is like to go to online school, and all of the different, exciting Mivtzoim opportunities that he finds on a daily basis. They also discussed the extreme weather conditions that visit Puerto Rico and how the devastating hurricanes affect their shlichus.

Ari remembers a frightening Rosh Hashanah several years ago when Hurricane Maria ripped its way through town, “I’d never seen wind like this before; it was so strong that not only could you feel it, you could see it with your own eyes!” The readers learned how Ari’s family responded to Hurricanes Maria and Irma and how they adapted to those challenging circumstances.

“Although the magazine is usually only available for Yaldei Hashluchim we decided to make it available to everyone so all kids can get a glimpse of what its like to grow up on Shlichus in a remote community and how they can apply those lessons in their own lives,” explains Rabbi Mendy Kotlarsky, executive director of Merkos 302.

As Compass Junior correspondents traveled around the world gathering inspiring stories, they learned that to overcome the unique challenges that have presented themselves throughout history Shluchim and Shluchos have continued to evolve. On the flip side, another lesson to be gleaned from these stories is that shluchim throughout the ages, from Avraham Avinu to Avi Zarchi, have all shared one fundamental goal—to bring Yidden closer to Yiddishkeit in any way, shape, or form. 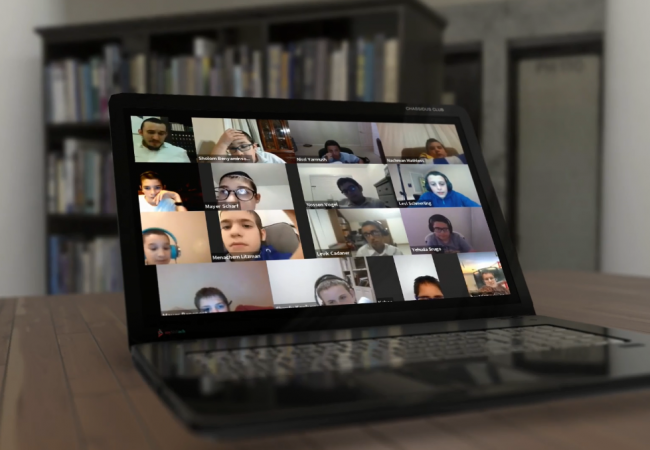 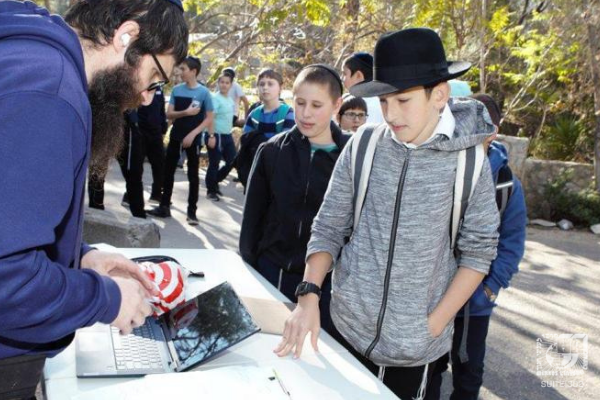 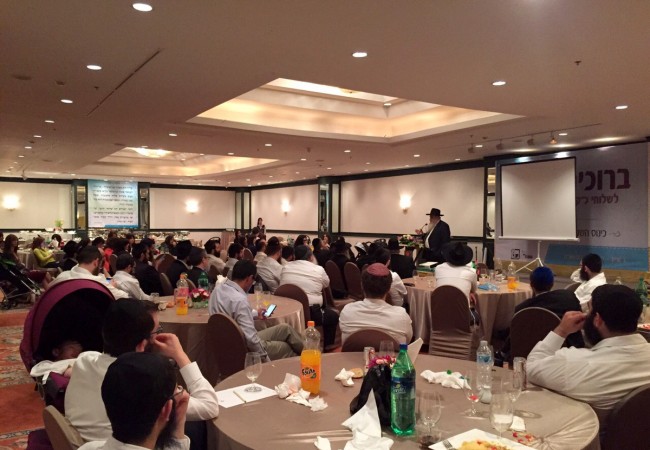