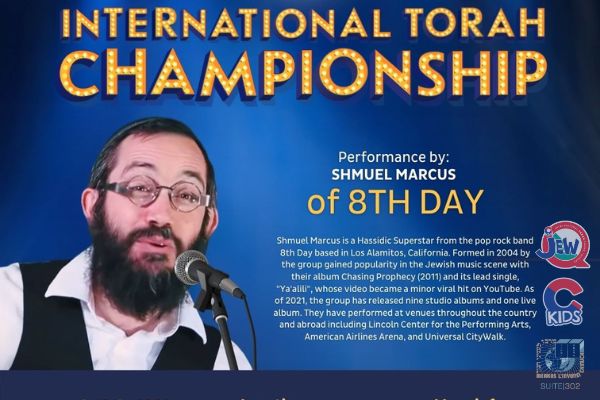 Chasidic singer Shmuli Marcus of the 8th Day band is set to perform at the JewQ Championship in New York. The international competition will bring together hundreds of students to display their knowledge on the big stage.

The JewQ championship event on March 13th at the Hyatt Regency in Princeton, NJ, will bring together Jewish kids in a tremendous display of Jewish knowledge. Representatives from Hebrew Schools worldwide will compete in an exhilarating mix of games and intense crossfire questions to showcase their mastery of material learned in recent months.

Headlining the event will be Chasidic rockstar Shmuli Marcus of the hit pop-rock band 8th Day. Since 2004 the group has rocked the Jewish music world with its unique upbeat style and powerful messaging. Their lead single Ya’alili became an instant classic with its viral music video propelling the band to the forefront of the Jewish music scene.

In addition to being an international star, Marcus himself is a Chabad rabbi in Los Alamitos, California. In fact, Rabbi Marcus teaches JewQ himself.  “I’ve watched with my own eyes the hours of effort that these students invested to get to this point,” says Marcus. “When given the opportunity, I jumped at the chance to give these kids something special. We’ve got an incredible show planned for them!”

JewQ is an innovative program running at Chabad Hebrew Schools worldwide. Jewish holidays, Jewish heroes, Brachos, and Basic Prayers are just some of the topics covered and mastered by the students. After a series of tests throughout the year, those who excelled in each school were chosen to represent their peers at the highly anticipated Torah Championship in New York.

The event is set to open with a high-spirited concert and culminate with a celebratory award ceremony. The competition itself will feature various games; in some segments racing against the clock, while in others, splitting into teams to enjoy games of Trivia and the like.

Joining the celebrations from the theater seats will be hundreds of local JewQ students. Many of them will be traveling with their entire schools to cheer on their classmates and get an exciting review of the material they’ve learned throughout the year.

In addition to the friends and family attending the event to show their support. Many locals are also purchasing tickets for a chance to witness a spectacular display of Jewish knowledge.

“It sends such a powerful message to the children, when they look out into the crowd and see so many people have come to celebrate their accomplishments,” explained  Rabbi Zalmy Lowenthal, director of Ckids. ”We look forward to greeting you!”

To purchase tickets or for more information, visit ckids.net/show 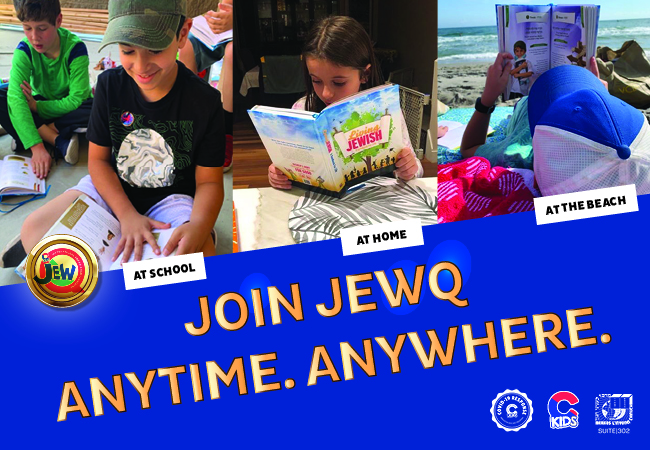 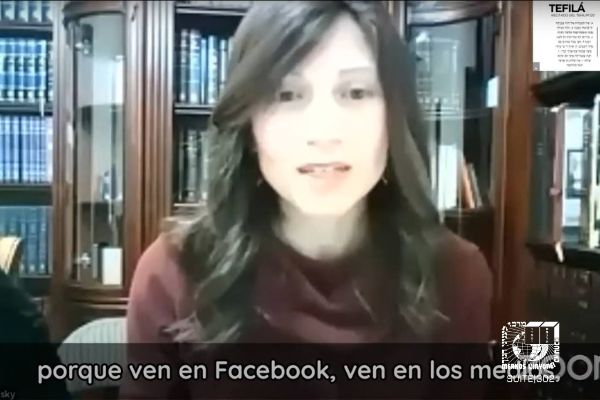 South American Jewish Women Unite for Ukraine
“What can we do to help?” As the world watches… 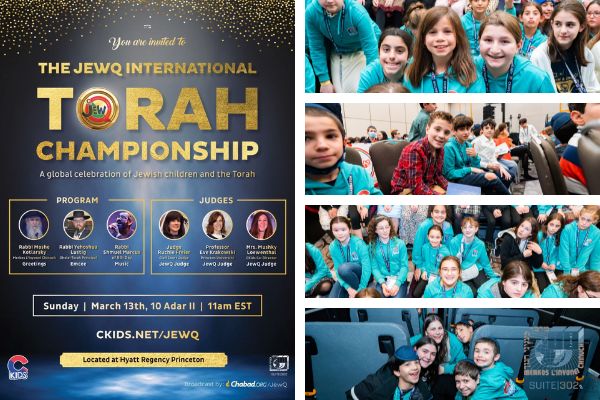 International JewQ Championship Going Live
Tune in today at 11:00 am for the grand finale…