“There are times when life on shlichus is tough but I’d never want to switch it with anything else,” declared nine-year-old Sender Ouiezerat, shliach to Shanghai, China, during his speech at the gala banquet of the Asian Regional Kinus HaShluchim. “After all, it is we who are on the front lines bringing Moshiach.” The rousing round of applause that followed was thick with emotion. Climaxing four days ofsheves achim gam yochad, the gala banquet saw friends, supporters and community members come together to salute the 37 shluchim families posted throughout ten Far Eastern countries and acknowledge the indelible imprint they have made on the landscape of Asian Jewry.

Rabbi Yosef Chaim Kantor, head shliach to Thailand and kinus host, opened the event by thanking those who had contributed to the success of the kinus. Encouraging the crowd to continue in their shlichus with renewed vigor, Rabbi Kantor said, “This kinus is not about what we have accomplished up until now. It is about looking toward the future, toward the opening of new Chabad Houses and expanding our programs.”

Mr. Avi Kashani, president of Bangkok’s Jewish community, represented the community in his remarks. “Before Chabad came to Thailand, Jewish life over here was complicated and very challenging. Thanks to the shluchim and their tireless efforts, everything has changed and Jewish life has flourished in a very real way.” He then shared multiple examples of how the shluchim in his city have affected many aspects of his personal life as a Jew.

Reflecting on the impact his fellow shluchim have had, Rabbi Menachem Hartman, shliach to Ho Chi Minh, Vietnam, related. “Before we arrived to Vietnam, the country was always associated with the Vietnam War. Today, ten years later, three families of shluchim are running two Chabad Houses and Jewish life is booming.”

Guest speaker Rabbi Moshe Kotlarsky, vice-chairman of Merkos L’Inyonei Chinuch and chairman of the Kinus HaShluchim HaOlami, expressed appreciation to the kinus organizers and shared his admiration of the tremendous scope of the shluchim’s accomplishments. “Thirty years ago, the Rebbe sent me to Asia,” he related, “A few years later, Rabbi Mordechai Avtzon arrived to Hong Kong and the rest is history.”

The final speaker of the evening, Sender Ouizerat, spoke in the name of his fellow yaldei hashluchim, thanking MyShliach and Rabbi Kotlarsky, as well as the kinus organizers, for the incredibly successful kinus camp that they had all enjoyed. “Over the last few days, I made many new friends,” he said. “My every moment here was an incredible experience; I feel like my batteries have been recharged.” As he concluded his remarks, the yaldei hashluchim burst into song. “Shluchei Adoneinu…” they thundered, joined moments later by their fathers. The spontaneous dancing that followed quickly gained momentum, uplifting all those present.

“One of the hachlotos we accepted upon ourselves during the kinus,” shared Rabbi Kantor, “is that of opening Chabad Houses dedicated to servicing the needs of the young adults who have moved to various cities to study or work there. In the near future, we will be”H establish a vaad of shluchim who, together with Merkos Suite 302, will develop a program including shabbatons, shiurim and trips that will bring all these young adults together.” 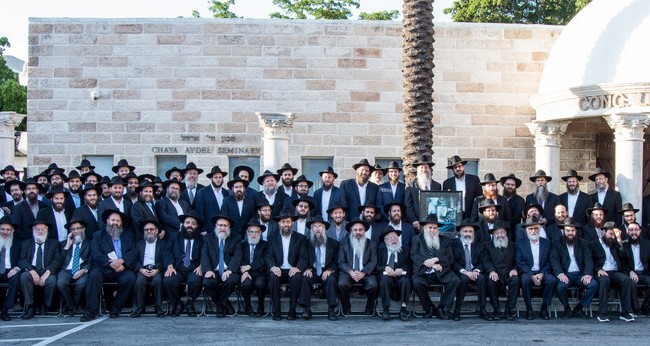 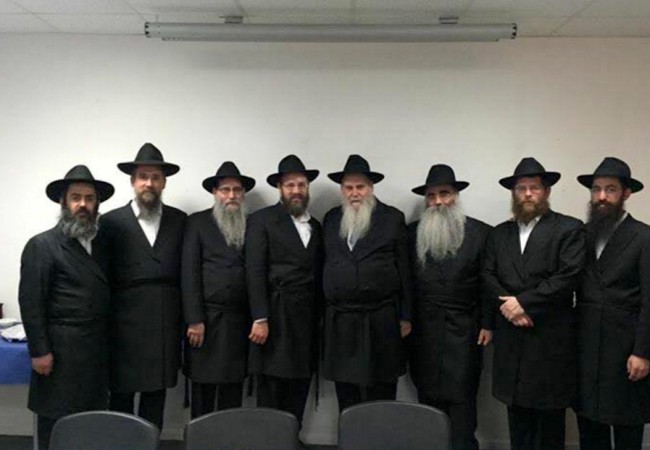 Scandinavian Countries Regional Shluchim Kinus
Shluchim from the Scandinavian countries gathered this weekend in Stockholm,…
Kinus bags arrive at Lubavitch World Headquarters
Although the Kinus is three months away, preparations are already underway. …