This summer over 400 bochurim will be travelling across six continents to reach hundreds of communities as part of Chabad – Lubavitch’s annual summer “Merkos Shlichus”.

As the sun was setting on Monday afternoon drawing to a near another Gimmuel Tammuz, these bochurim gathered together in the Jewish Childrens Museum for a Yom Iyun in preparation for their shlichus.

Rabbi Moshe kotlarsky of Merkos L’inyonei Chinuch, who is responsible for the summer program, opened the afternoon session by reminiscing how Merkos Shlichus used to be in the early years and how it has grown to what it is today.

“In 5749 I wrote to the Rebbe regarding the number of groups for that summer with the addition that there might be more, said Rabbi Koltlarsky. The Rebbe’s response focused on the last part that “there might be more” and added “more and more” and it should be with happiness and a joyful heart”.

Highlighting the Rebbe’s answer and pointing out how this year is 250 years since the passing of the Baal Shem Tov – who used to travel to small villages to inspire the town’s people – Rabbi Koltlarsky told the bochurim that special emphasis will be put to make sure every Jew is touched.

The session was then graced by the presence of a number of shluchim who had flown in for gimmul tammuz. Rabbi Shmuel Kaminetsky from Ukraine related some tips for bochurim for their Merkos Shlichus. “Always Smile he said, “People like others that have a smile on their face”.

Rabbi Kantor from Bangkok spoke next and extolled the quality of the bochrim that are passing up the opportunity to make money in camp by going on Merkos Shlichus. He encouraged the bochurim by telling them that they have the ability to touch and influence people that a regular shliach would otherwise not be able to.

Opening the floor to the practical everyday questions that may arise on shlichus, Rabbi Shlomo Yaffe addressed topics from the authorship of the Torah to Reform and conservative to Religious Jews not following the Torah. He then related a story of a college student who went on mivtzoim and one time remarked to him “I feel that when I ask someone to put on tefillin I am in essence asking them to change their actions, if I am asking that of them I feel that I must do the same of myself.

A beautiful video of the Rebbe from JEM was then played, with the Rebbe speaking about Merkos Shlichus and the fact that just by people seeing you walk down the street in the proper attire has an influence on them.

Rabbi Shmuli Bendet then gave a website tutorial on filling out the reports on the Merkos Shlichus. This was then followed by Rabbi Menachem Posner who spoke about the “Roving Rabbis” blog.

The session concluded with a breakout session given by Rabbi Menachem Posner and Rabbi Chaim Shaul Bruk from Montana, speaking about the practicalities of Merkos Shlichus and the best way to meet and impact the people they come across. 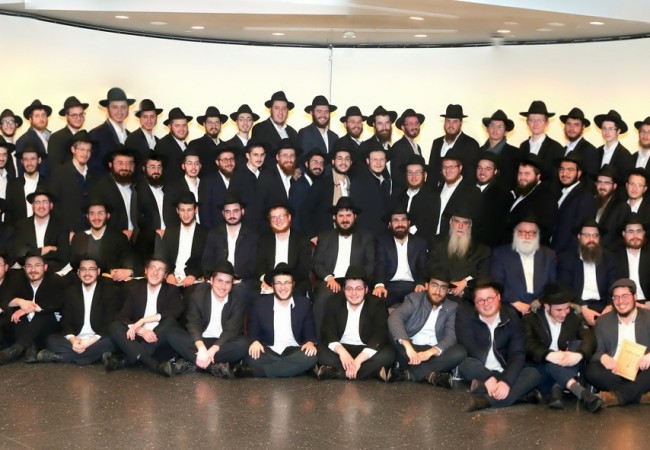