On any given Shabbos at Chabad of Markham, Ontario, seven year-old Zalmy Plotkin is walking around giving out high fives. This is his way of helping his parents accomplish their Shlichus. You see, Zalmy has Down syndrome, yet he is an integral partner in his parents’ work.

In addressing the theme of “Ish U’beiso – Man and his Home” at the Gala Banquet of the International Conference of Chabad Lubavitch Shluchos, Zalmy’s mother Mrs. Goldie Plotkin maintained that “children, with their sincerity and purity, are accomplishing so much; sometimes even more than their parents. They are truly “Ish U’beiso.”

Against the backdrop of a gorgeous larger than life living room, and in front of 2,800 fellow Shluchos, Mrs. Plotkin went on to praise the family of Shluchos as a whole. “Through the collaborative effort of Shluchim around the world, we are being labeled as the single most important force in the Jewish world today, and perhaps in all of history!”

Speaking about the “family unit” in his address to the Shluchos, Rabbi Moshe Kotlarsky, Chairman of the Conference, emphasized how this relates to our everyday Shlichus.

”Our family is our Shlichus. We therefore need daily introspection on where we stand as a family unit on Shlichus, taking the time to strengthen and increase this connection.”

In this vein, Rabbi Kotlarsky announced a gift of $500 dollars to each family of Shluchim from the Bogolubov Foundation, in honor of the bris of philanthropist Mr. Gennady Bogolubov’s grandson.

“I am proud to be the bearer of this good news,” he told the Shluchos.

Kotlarsky went on to thank the organizers of the event, particularly the Vaad Hakinus, Rabbi Schneor Nejar and Rabbi Mendel Kotlarsky.

Earlier, the emcee Mrs. Dinie Greenberg, a third generation Shlucha living in Shanghai, China, opened the evening by explaining how the woman is the true mainstay of the home. “The theme tonight is ‘Ish U’beiso’. ‘Beiso,’ says the gemora, refers to the woman, who is the home.”

Mrs. Greenberg introduced Mrs. Mati Oirechman of Haifa, Eretz Yisroel and Mrs. Mindy Feller of S. Paul, Minnesota to recite Tehillim. Mrs. Feller also expressed her appreciation for the great joy of being able to participate in the Convention once again after her recent illness.

In a first for the Banquet, four different women shared their personal life-changing stories inspired by Chabad.

Randy Dephillip shared her amazement at the interest, respect and dedication of the families of Chabad Shluchim in every city her family has been. From Atlanta to North Carolina to Connecticut to New York, she has witnessed pure selflessness. And in her desire to know what drives them, Randy suddenly ended up in Brooklyn herself.

Maureen Miller was an Irish Catholic nun who completed her conversion a mere eight hours before the Banquet. “Today I finished my conversion. I am now a proud Jew,” Maureen told the stunned crowd.

“3,300 years ago my neshoma stood with you all at Mount Sinai, and it is nice to meet you all again.”

Drawn by Chabad’s non-judgmental approach, Daniella Lowinger of Panama described her admiration of Chabad and how she came to America to further her studies at Bais Chana in Minnesota.

Shira Rose, a Chabad Shlucha on a University Campus, shared the incredible fact that neither she, nor the Shluchim who brought her to Chabad, have ever met the Rebbe, yet they dedicate their entire lives to his Shlichus.

Dinner was served while a beautiful video of Chabad families from around the world interacting with each other and their communities through Mitzvos was shown.

In his address to the Shluchos, Rabbi Yehuda Krinsky, Chairman of Merkos L’Inyonei Chinuch, spoke about the power and potential of the Shlucha. “The Rebbe created not just Shluchos, but superwomen who can nurture their own families while educating others and being scholars themselves.”

Rabbi Krinsky shared how the Rebbe’s desk was generally bare, with the exception of Sefer Hashluchim – the albums filled with pictures of the families of Shluchim and Mechanchim. The Rebbe and Rebbetzin loved looking at these pictures.

The evening came to a close with the much awaited International Roll Call of Chabad Shluchim. With the excitement in the room palpable even over the live internet broadcast of the event that was watched across the globe, it is safe to say this is one family that little Zalmy Plotkin is surely proud to belong to. 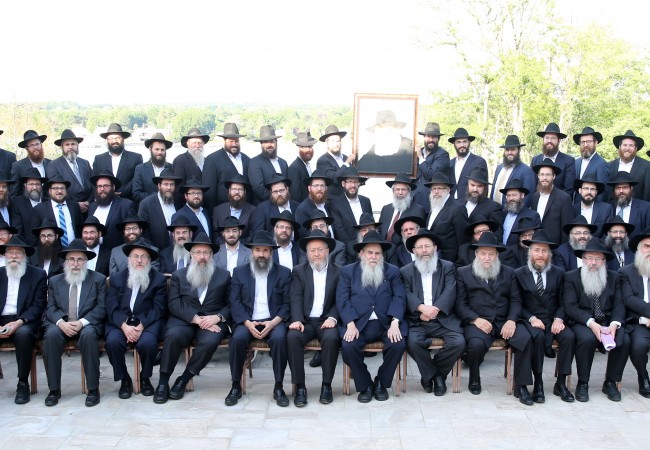 120 Shluchim Gather in Great Neck
The achdus was palpable during the most recent Kinus Hashluchim…
Photos: Kinus Hashluchos 5770 Begins
The 22nd annual International Conference for Chabad Shluchos convenes this… 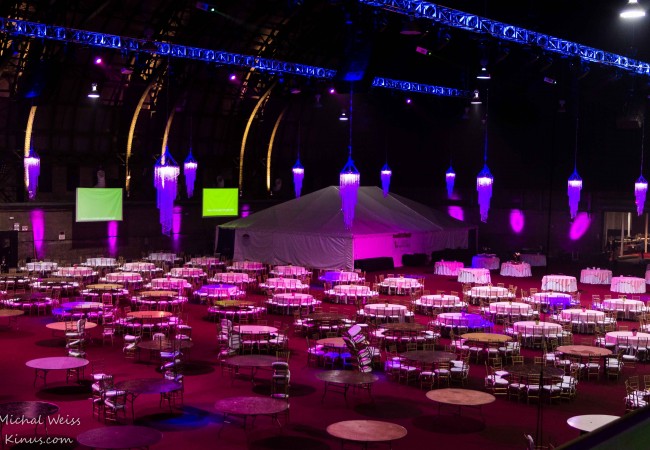