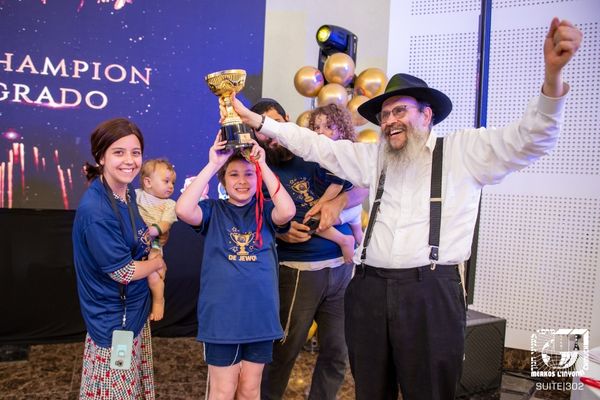 After four months of studying, nine-year-old Martín of Córdoba, Argentina, remembers the moment he and his friends learned they qualified for the JewQ Shabbaton in Buenos Aires. “We started jumping,” he says.

Over the weekend of November 25 to 27, Martín and hundreds of other Jewish kids from across Argentina enjoyed the Shabbat of their lives at the Maslíah country club just outside Argentina’s capital. As the culmination of months of studying core Jewish topics, the Shabbaton ended with a glitzy JewQ championship game show that saw four champions head home proudly gripping their trophies.

Since launching last year, JewQ of Latin America has impacted dozens of Jewish communities from Ecuador and Colombia to Costa Rica and Argentina, inspiring over four hundred Jewish children to acquire core Jewish knowledge through CKids’ Living Jewish curriculum. Rabbi Chai Kohan, director of the Spanish Desk at Merkos 302, which oversees JewQ Latin America, says the growth has been “explosive.” “I think we’re tapping into a deep need for authentic and accessible Jewish education,” he says.

For many students, it’s their first exposure to Jewish education. For others, like eleven-year-old Alan from Villa Crespo, it’s a more comprehensive overview of Jewish learning than they get in school. “We learned a little about Judaism in school,” he says, “but nothing like this.”

According to Rabbi Mendy Turk of Córdoba’s Beit Chabad, the program has kicked off a new and exciting brand of Jewish education in his city. “The kids learn fundamental subjects in Judaism, and they’re positively excited to participate,” he says. “For months, they’ve asked me, ‘when is the Shabbaton?’”

As it turned out, Argentina’s football team, which would go on to win the World Cup, was still fighting for survival the weekend of the Shabbaton. “The kids are all big football fans,” says Shabbaton coordinator Yael Nemirovschi, “so it was a big commitment for them to miss an important World Cup game.” But she says, if anything, choosing to miss the game brought the kids together even more.

The Shabbaton did not disappoint. “I played games with the counselors, swam in the pool, and played soccer,” Martín says, “but most of all, I loved sharing Shabbat with my new friends.” With access to the country club’s grassy slopes, sports facilities, and immense pool, the kids enjoyed a Shabbat full of songs before Sunday’s JewQ championship game.

For the finalists, months of learning paid off under the bright lights as they competed for the title of JewQ Champion, which brings a trophy and a free trip to the International CKids Shabbaton in faraway New York City. When the game show was over, Argentina’s Head Shliach, Rabbi Tzvi Grunblatt, proudly handed four trophies to the winners of grades four through seven.

Naomi Marcipar of Rosario took the fourth-grade title, Ezequiel Abraham of Morón won for the fifth grade, the sixth-grade trophy went to Eitán Landenberg of Córdoba, and Magalí Slavkin of Puerto Madero became the seventh-grade champion. All four received tickets to New York.

Overseeing Argentina’s JewQ program, Rabbi Levi and Etti Silberstein said it was moving to see kids set aside time to deepen their Judaism. “Each child took the time to study each week and take the exams,” Etti Silberstein says, “their commitment is beautiful.” Regional JewQ co-ordinator Chanie Preter echoes their sentiments. “The kids study hard at home, then coming to the Shabbaton, they realize they’re part of something so grand—their eyes explode in wonder.”

As the champions look forward to the International CKids Shabbaton this March, Rabbi Moshe Kotlarsky, Vice Chairman of Merkos L’Inyonei Chinuch, says he’s hoping that Shabbaton will give the children an even more unforgettable dose of Jewish inspiration. “JewQ has shown them there are many other Jewish children like them in Argentina,” he says. “Meeting children like them from every corner of the globe will give them a powerful sense of belonging to the Jewish people.”


Next Post: CTeen Summer Alumni Bring Chanukah To 17 Countries Around The World
Previous Post: With Record Number of Young Professionals Expected In Crown Heights This Weekend, CYP Seeks More Hosts
Tweet Like Pin It Share
Related Posts
A Day of Incredible Celebratio​n in Chevron
By Rabbi Danny Cohen For the many weeks, I have been…

Tune in to The Life, Learning and Legacy of Harav Levi Yitzchak
Broadcast starting at 8:00 PM ET https://vimeo.com/446595061 Join thousands of… 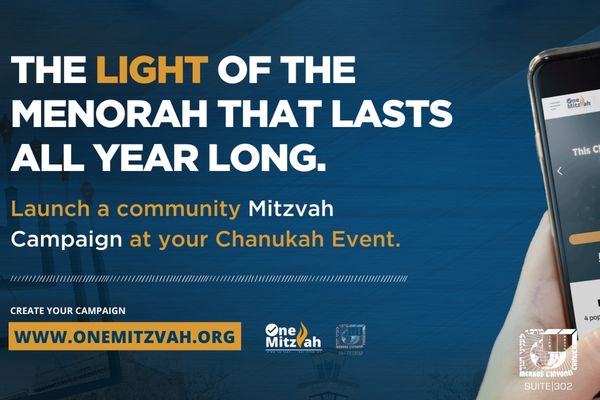