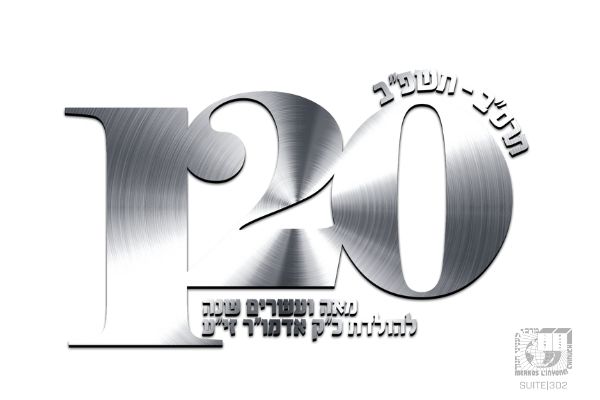 Merkos announces the next batch of New Shluchim and Mikvaos grant recipients as part of the Kinus Hachlata to “Triple Our Efforts.”

Upon the Rebbe’s instruction, each year, the kinus serves as a situation room where big and bold hachlatos are made with global impact. And as much as the kinus has a long-lasting and far-reaching results every year, this year’s kinus took an exponential turn. Standing at the lectern of the gala banquet after a brief hiatus due to an unprecedented pandemic, Rabbi Moshe Kotlarsky, Vice – Chairman of Merkos L’inyonei Chinuch, ambitiously announced a dizzying slew of hachlatos that at the time seemed nothing more than an idealistic dream.

With the inspiration of 120 years since the Rebbe’s birth, the reach may have been lofty, but it was every bit justified. Answering an urgent call from around the world, these bold hachlatos address such fundamental needs like mikvaos and new shluchim and will surely change the dynamic of Jewish life in communities around the world.

And sure enough, about halfway through the year, Merkos is happy to announce that many of those hachlatos are well underway. At this juncture of Chodesh Sivan, a time when the Jewish people famously stood as one people at the foot of Sinai in an unprecedented level of unity, it’s a fitting time to bring the entire Lubavitcher community into the situation room and see for themselves the dizzying progress.

Merkos announced that 42 New Shluchim and 48 Mikvaos have been approved for funding from Keren Hashluchim, bringing the total number to 60 New Shluchim and 60 Mikvaos funded so far this year. As it is halfway between the last Kinus and the coming Kinus, they are also now halfway towards our goal in these two initiatives of supporting 120 New Shluchim and the building of 120 Mikvaos by the end of the Rebbe’s 120th year.

In addition to funding new initiatives, Merkos has worked feverishly in developing an entire framework of support, workshops, training, and other resources for existing mosdos. Seminars such as “Foundations for Shlichus” and detailed training relevant for Taharas Hamishpachah provide even those shluchim who already sport such things as an existing mikvah with a full roster of support.

And it doesn’t stop there. Many of the other hachlatos undertaken at the kinus are on the conveyor belt to the finish line. Six state-of-the-art CTeen lounges are all already in construction around the world. Sixty communities so far have been awarded a full CKids Hebrew School curriculum, along with the accompanying training and resources. An Israeli Desk working with the network of shluchim serving Israelis in the Diaspora is already hard at work.

Arguably one of the most ambitious goals, the “OneMitzvah” campaign, has also launched with much success. With a lofty target of 120 Million mitzvos for the Rebbe, this platform has brought close to 500 communities together with tangible, action-based mitzvah campaigns. All are strongly encouraged to join this tremendous effort by visiting onemitzvah.org and creating a “OneMitzvah” campaign for your community.

With all these programs already in the bank, many more are still in the works, just about ready for roll-out. For example, the 36 Sefer Torahs are in the midst of being written and a large number of grants for new libraries are soon to be announced.

“It goes without saying how monumental these global campaigns truly are, and how much they will change the face of hundreds of communities around the world,” said Rabbi Kotlarsky. “It is our fervent hope that it brings the Rebbe tremendous nachas ruach to see the bold efforts to once and for all, finally bring Moshiach now!”

Grant applications are still open. Anyone interested is encouraged to visit kerenhashluchim.org

For sponsorship opportunities, please reach out to grants@kerenhashluchim.org 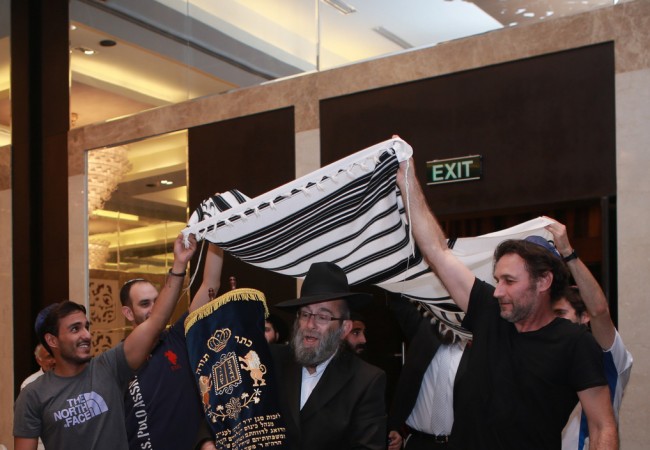 Hanoi Jewish Community Gets Its First Sefer Torah
Last month, Chabad of Hanoi, Vietnam made history as they… 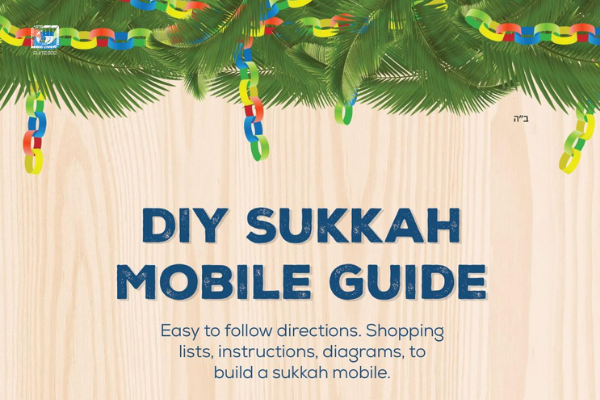 Bring the Sukkah to them: DIY Sukkah Mobile
The words, “If you know an Alef then teach an…